I had a brief hands-on with HTC's newest Android devices here at MobileCON in San Diego; specifically, the One X+ and One VX, both of which are tied down to AT&T here in the US. And the one you're probably interested in, the One X+, comes in any color you like - as long as it's black.

Now, my hands-on was indeed brief, but as a One X owner, I largely knew where to go and what to look at, and I have to say - this thing runs smooth. I've never found my Tegra 3 One X especially slow, but the speed difference with the newest T3 chip (presumably, the T33 found in the Transformer Pad Infinity) and Jelly Bean is definitely noticeable. Aside from issues of time, my experience was also limited by a lack of any kind of web access, unfortunately, so putting Google Chrome or the Play Store through their steps wasn't exactly an option.

How about Sense 4+, though? As you may already know, the changes Sense 4+ has brought aren't exactly huge. Improved camera software, general performance enhancements, easy setup (obviously something I couldn't look at), and of course, Android 4.1. HTC's new notification center still doesn't include power control toggles, but it has received something of a visual makeover, with an oversized clock and a power-saver mode toggle (it can't be removed, which is annoying). Which is neat, I guess. 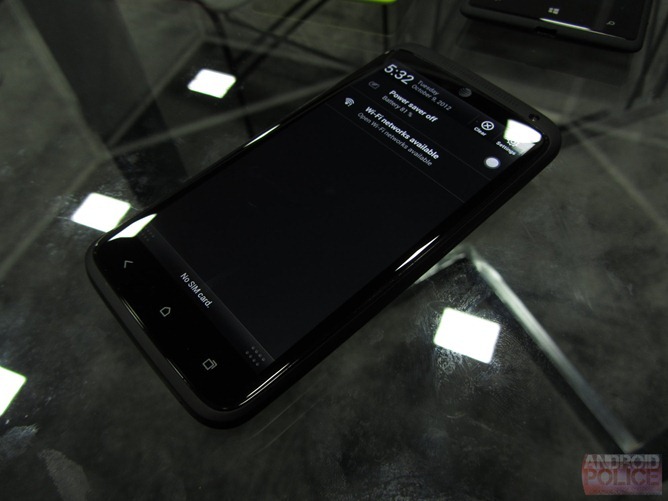 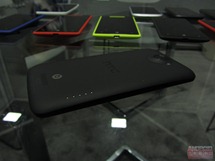 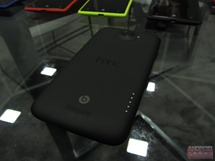 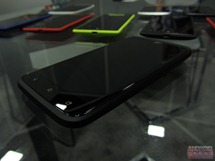 Throughout the OS, HTC has dropped the green highlights in Sense in favor of a Holo-esque blue. I'm kind of ambivalent on that point - green looked good, but it was getting a bit stale. The new blue is OK, but it feels a little too neon-y for me. Other than that though, it's still basically the same Sense with a fancier camera app, Jelly Bean, and likely a whole pile of bug fixes and various optimizations under the hood.

A question you likely have about the One X+ is one of battery life. With an even speedier (and likely, hungrier) version of NVIDIA's quad-core Tegra 3 chip and a discrete LTE radio in tow, the One X+'s 2100mAh certainly looks to have its work cut out for it. However, I was informed that, so far, HTC is quite optimistic about battery life figures for the One X+. A 50% increase in talk time over the original Tegra 3 One X is reported, and I was told light to moderate users could easily expect to make it through an entire day on a single charge. You also have that new power-saver mode to help you extract even more longevity. 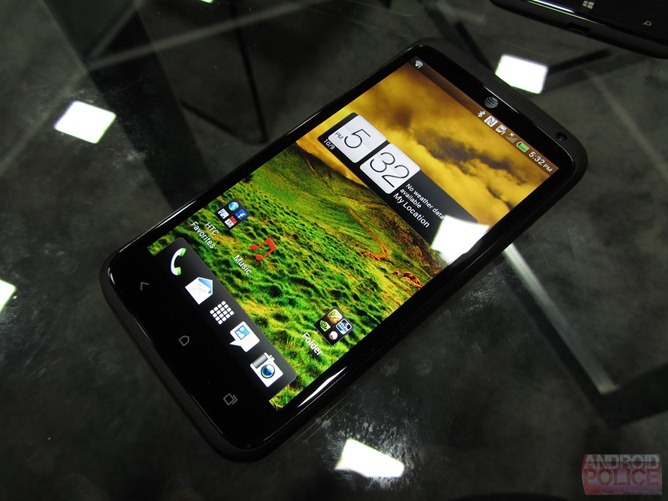 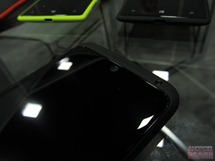 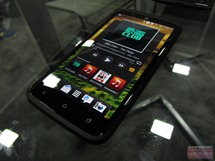 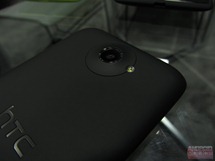 Pricing and release information, well, you know how that goes: some time soon and for some amount of money. I got the feeling that even though we'll only be seeing the beefy 64GB version of the One X+ here in the states, AT&T will price it aggressively. But the only real answer I got there was "cheaper than the 64GB iPhone 5." If I had to guess, though, I'd estimate sub-$300 (and I don't mean $299).

I spent even less time with the VX, and the design (similar to the international Desire X) is sleek and striking - descriptors I increasingly find myself applying to HTC products. They really do pay attention to how hardware looks - HTC doesn't build a plastic brick around a slab of silicon and call it a day. 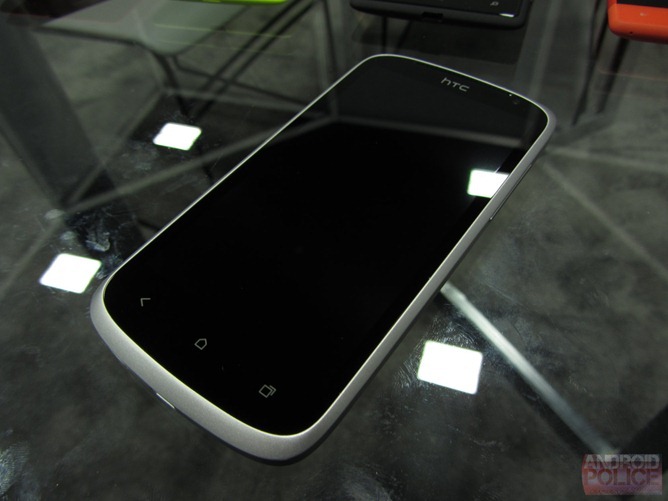 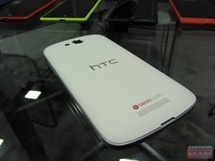 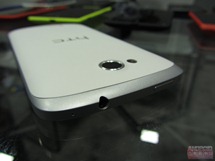 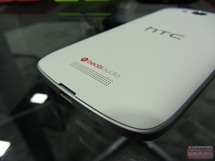 While the One X+ basically looks like the original (read: almost exactly), with the matching color of the rear camera "hump," and the lack of the sort-of-awful red accents on the international version, this phone is just kind of mean looking. I think HTC had a great design with the original One X, and with the One X+, the minor aesthetic changes seem only to have improved on the looks of an already gorgeous handset.

Anyway, we'll be seeing both of these phones on shelves in the near future, and we'll be getting reviews to you when that time comes.

[New Game] Death Dome Pits You Against Hordes Of Mutated Beasties In A Quest To Save The ...