We can easily get caught up in the mad scramble for the latest and greatest, so it's easy to lose track of the fact that low-end smartphones also have a place in the world. For this one, we'll let you decide. Who wants a smartphone with a 3" (yes, that is three inches) 240x320 TFT display, a 3MP rear camera, an unspecified "powerful" processor and 512MB of RAM? Before you decide, I should also point out that this phone has a dedicated music button and, for some bizarre reason, the spec sheet lists a WVGA projector (9 lumens), though it seems incredibly likely that this is a mistake. 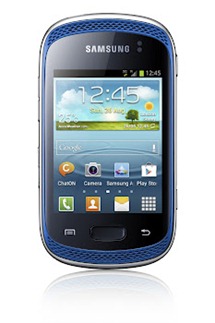 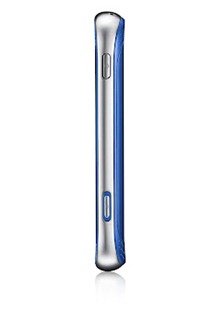 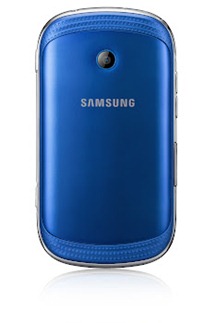 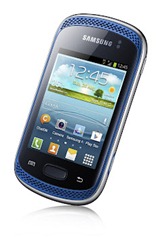 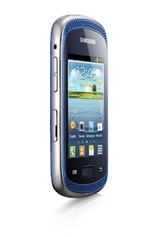 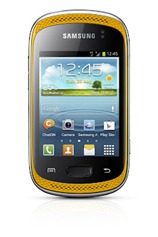 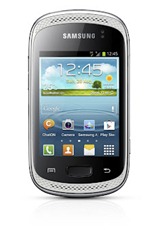 Here are the specs that we have for the device that, curiously, fails to note what type of processor lies within, but includes the inexplicable projector: 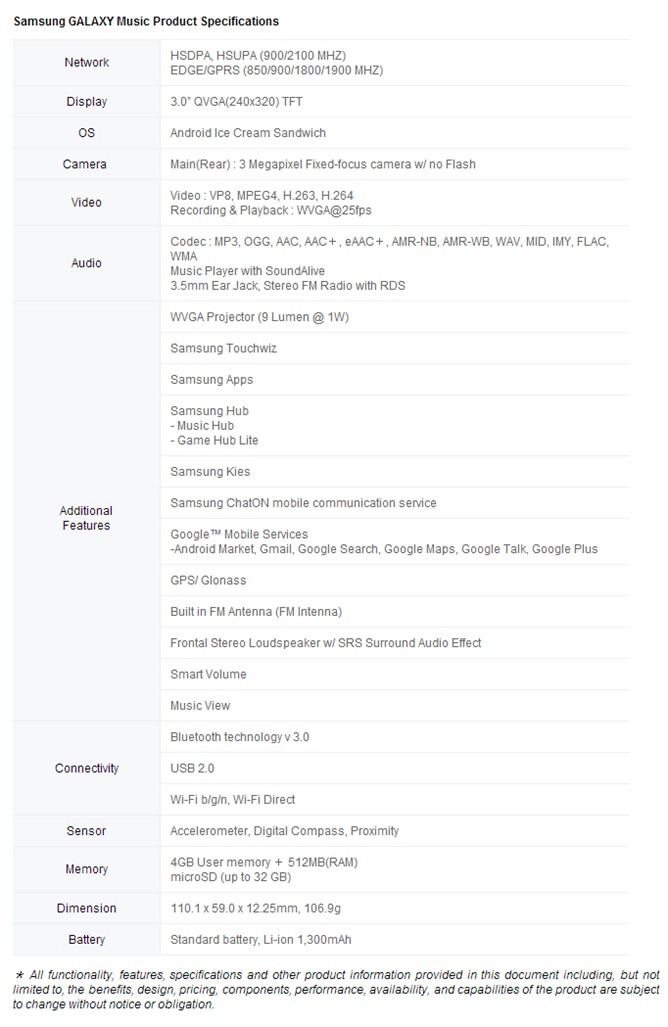 Given how very non-discreet the 15 lumen projector was on the Galaxy Beam, how we see nowhere in any of these pictures to hide such a thing, and that this appears to be the only reference to the feature in any of Samsung's materials, it's safe to say that this thing will not be turning your wall into a TV. What it does do, however, is make it easier to access the music app at the touch of a button. For those occasions when you have to rock out right effing now! The device will also include an FM radio and "advanced audio features." One should expect Samsung to go for high-quality audio on this device, but with 4GB of on board storage being described as "abundant memory," we'll wait and see.

No info on pricing or availability has been made known yet. We imagine this will be fairly cheap whether off or on contract. Samsung has also stated that there will be a dual-SIM version available in the near future dubbed the "Galaxy Music Duos."

Google Announces The Android 4.1.2 Update - Being Released To AOSP Today