We were originally told that Rigonauts would be out on Android last Spring, but it has just now dropped. If you were waiting on this title, there is yet another barrier to entry. Rigonauts is a Verizon exclusive for two weeks, after which it will be available on other carriers. The kind of ARM chip in your device will also figure into your enjoyment of this game. Aren't exclusivity deals grand?

Rigonauts is essentially a strategy building game where you have to construct a fighting machine capable of turning back the bad guys in each of 30 unique levels. The graphics are really interesting, and it appears to have a great sense of humor. This is also one of the increasingly rare top-tier games that charges you a flat fee up front with no in-app purchases. 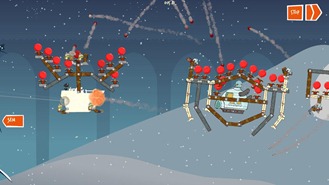 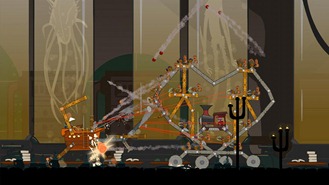 The game is being called "Snapdragon-optimized" but we're not completely sure if that means only Qualcomm's Snapdragon chips. I have a Nexus on Verizon and cannot download the game. The HTC Thunderbolt (a Snapdragon phone) is eligible, though. This makes me lean toward this being a Snapdragon-only game, just like all those Tegra-only titles. That would make it rare indeed. If you're one of the lucky few that can buy it, it looks neat from a distance. New Feature In Android 4.1.2: Expanding/Collapsing Notifications With One Finger [Video]