Whether you love it or hate it, there's no doubt you want to see more of it. And now you can - more images of the device showed up on XDA, and they appear to be from the same source as yesterday, now going by the moniker 4shael. Without further ado, here it is in all its sparkly glory... again: 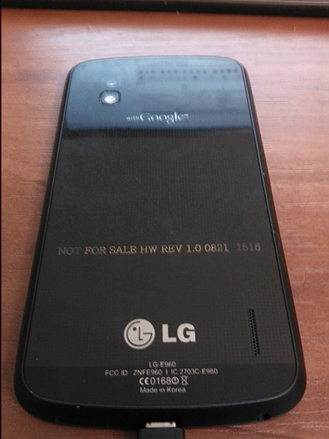 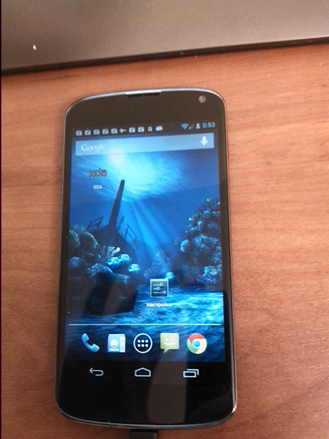 The owner of this mysterious device didn't just post pictures for our enjoyment, though - he's also been answering questions about it. The first one? What are the specs?!  Here's his answer:

Those basically mirror those of the Optimus G, save for the skimpy amount of storage and missing SD Card slot. Alas, that does line up with previous rumors.

Past that, 4shael was asked several other questions, including multiple requests for a video, to which he replied "Ok, I'll try to make it tomorrow. It's 2:14 am now and I'm going to sleep." We'll keep our eyes peeled for that video to show up, but until then, you can read through the entire thread here.

New Feature In Android 4.1.2: Expanding/Collapsing Notifications With One Finger [Video]

[Deal Alert] SlingPlayer Apps On Sale For $14.99 (Half Off) After A Long-Overdue Update