The release follows Android 4.1.1, which was the final version of Jelly Bean, and is marked as minor. The build number, which we spotted in the logs yesterday, is JZO54K, while the AOSP tags are android-4.1.2_r1 and jb-mr0-release.

It's also a good time to bring up the fact that the LG Nexus prototype that we saw yesterday was also running 4.1.2. Today's announcement seems to add further credibility to that story.

Update #2: Since I mentioned seeing 4.1.2 with this very build number in the server logs, I'll throw in the devices that I saw running it, in addition to the Nexus 7 (this doesn't mean the updates for them are out now, but rather a good indication of what's to come):

Update #3: Per the update notification on the Nexus 7, Android 4.1.2 "improves performance and stability and fixes bugs." Not too helpful, but it's a start.

Update #4: Looks like we finally have launcher landscape mode on the Nexus 7! 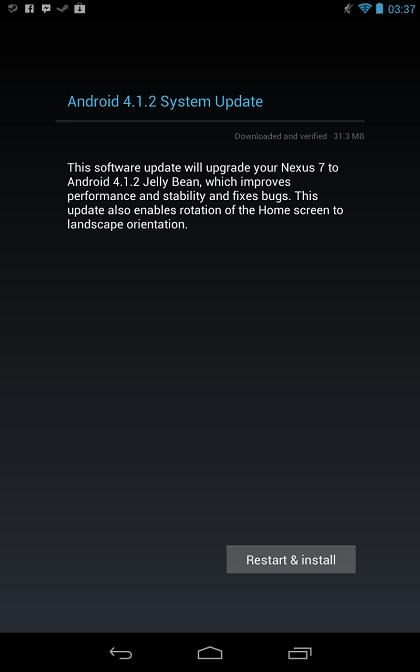 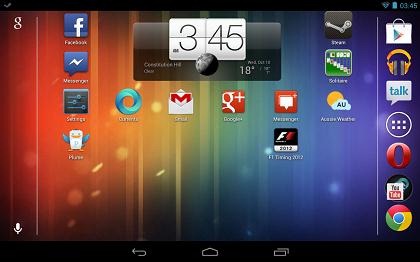 As a note to maintainers of community builds running on Nexus 7: please update to 4.1.2 at the first opportunity. Future variants of  the grouper hardware will have a minor change in one of the components  (the power management chip) that will not be compatible with 4.1.1.