Android maintainer "JBQ" just broke the news that Android 4.1.2 was being released into AOSP today, and now we're hearing that a matching OTA update is being pushed to the Nexus 7 as we speak. It's 31.3MB in size, and the build number JZO54K. If you're not finding the update when you check, don't worry - it'll get there. The rollout is likely staggered and limited to a smaller group of devices to start. None of our N7s have found the update yet, either.

Update: Here's how to flash the update manually, even if you're not rooted. 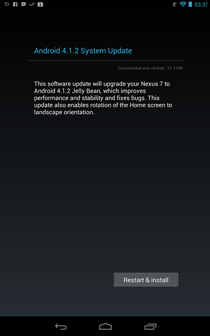 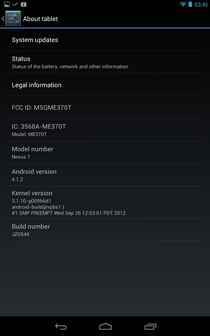 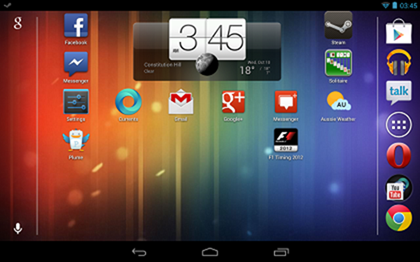 Aside from the addition of landscape mode in the launcher, the update dialog indicates performance and stability improvements, as well as bug fixes (thanks for the fine detail there, Google). While landscape has been possible with custom ROMs and launchers, the fact that it's now included in the stock experience will certainly delight a great many people. What's your take, was landscape a much-needed feature, or will you be keeping that orientation lock on in perpetuity?

Google Announces The Android 4.1.2 Update - Being Released To AOSP Today