Well, that's one way to announce a new device. Today on Twitter, Japanese user @oppese posted two photos of a Nexus 7 tablet. The first photo shows the storage screen displaying 27.58GB of usable space (indicating a 32GB model), and the second shows packaging for a 16GB Nexus 7. We've heard before that some stores are setting up a place for the higher capacity Nexus 7 on their shelves, but it appears this unit was mistakenly sent to a customer ahead of the full launch. 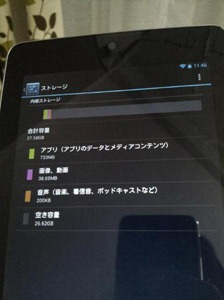 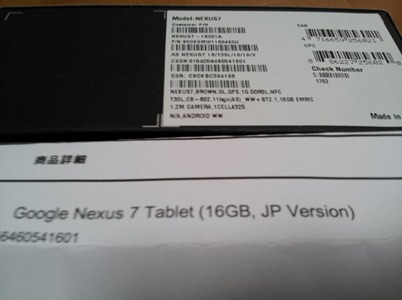 Of course, it's not impossible to fake screenshots like this, but since we already have plenty of leaked info from retailers to corroborate, it's looking more and more like this device is real. Still no word out of Mountain View on when we might see this come out, or if any other versions will accompany it (3G Nexus 7, anyone?) but until then, at least we can feel pretty safe in the knowledge that Google will be bumping up the capacity. Given the lack of microSD card slot, it seems the least the company could do.

The Customization Center, Project Roadrunner Rumor Was An Elaborate Hoax And Excellent Rumor ...