While the US variants of the XOOM 2 (known as the Xyboard/Droid Xyboard in the States) have been sitting on ICS for a while now, the lonely European versions have been idly waiting for their update to roll in. Good news: today's the day! 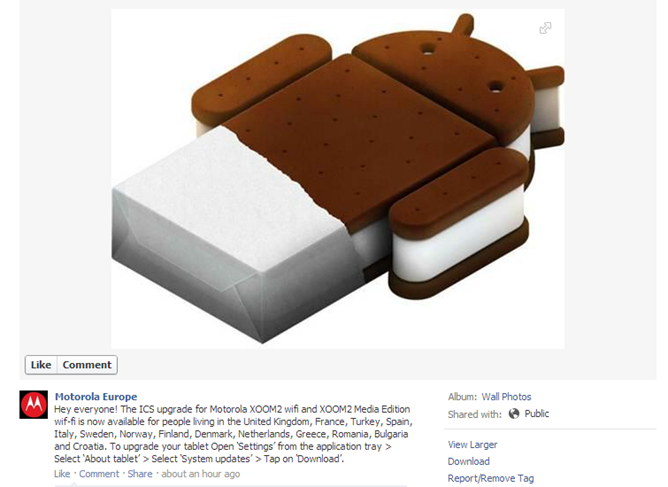 Motorola announced via its Facebook page that not only are the XOOM 2 variants getting the bump to ICS, but the XOOM Family Edition is receiving the update, as well.

Both OTAs should be out in full force by now, so head into Settings > About tablet > System updates > Download to pull it down.