It's prime football season, and it seems Gameloft's looking to take advantage of that with the release of NFL Pro 2013, one of only three fully NFL-licensed complete football experience games on the Play Store.

Presumably looking to take on the likes of EA's Madden franchise, NFL Pro 2013 claims to be the only free-to-play football simulation (kind of a niche, am I right?) currently available. Compared to last year's version, you're getting better graphics, a brand-new team management system, and a rather interesting first-person play mode (not sure how that's going to work out). 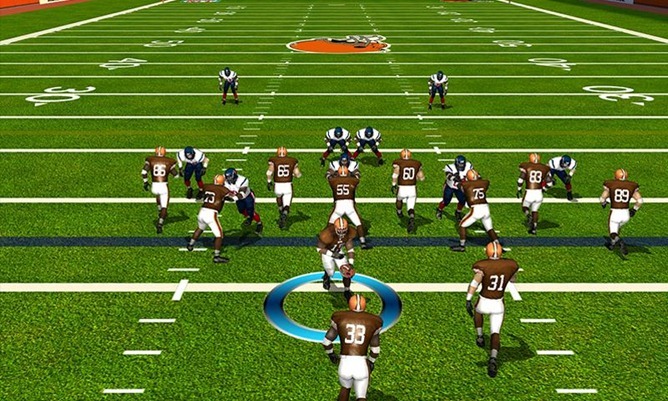 Considering we're using both free-to-play and Gameloft in the same sentence here, expect to start forking over cash to advance at some point or another. Economics aside, though, the game's visuals look genuinely impressive, and while the screenshots don't exactly say much about gameplay, Gameloft is known for turning out some of the highest quality titles on Android, so I'd set my expectations fairly high. Given their experience with soccer (read: real football) games, I'd guess the team management system is pretty robust. That said, I haven't had a chance to try it myself.

But, it's free, so you can! Hit up the Play Store to grab it now.