Now, it looks like a user of a Belarusian forum called Baraholka (which roughly translates to "flea market") has more photos of the device, posted last week – this time lacking what appeared in previous photos to be a shell or casing that disguised the device's real curves (similar to the case we saw on early Galaxy SIII units). Without further ado, here's the LG E960 (again): 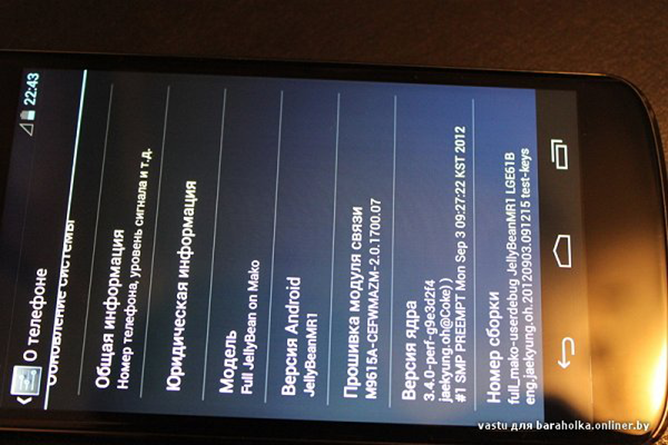 Similar to the previous photos, this device is labeled "Full JellyBean on Mako," but it's running JellyBeanMR1 (Maintenance Release 1). Google Pad however, in its report on the photos, indicates that the device is slated to run Android 4.2 Jelly Bean. The site also reiterates the rumored Qualcomm processor, 4.7" display, and predicts a late-October announcement.

Hardware-wise, this device matches up perfectly with the rumored LG e960 – the camera and flash look the same, it's got the same trapezoidal earpiece, and the device even says LG E960 right under the LG logo.

Other notable features include what appear to be two screw holes at the bottom of the handset flanking a microUSB port, a pleasingly thin bezel, and a sparkly backing topped with what appears to either be glass or extremely high gloss plastic.

Baraholka user vastu, who initially posted these photos, is actually offering the device for sale, along with several other handsets: 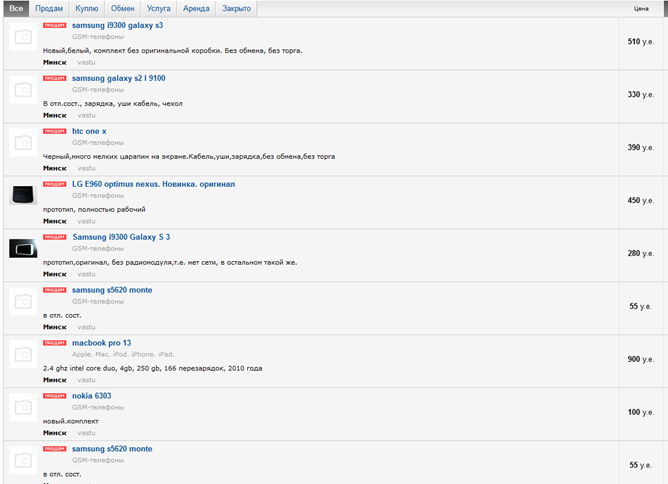 What's more, Android and Me has updated their post with confirmation from a previous tipster that this sparkly slab is the same one he had the privilege of handling earlier this month.

"Full JellyBean on Mako" has also cropped up on NenaMark with NenaMark1 and 2 benchmark results.

Right now, the "LG Optimus Nexus" is looking ever more plausible, and with the alleged late-October announcement date rapidly approaching, leaks and rumors aren't likely to slow down. Stay tuned and we'll keep you updated as more information arises.

Leak: Alleged Images Of The LG Nexus Show Up On XDA Forums