This post is part two of a two-part review of the IdeaTab A2109 and S2110. Accordingly, the intro and software sections apply here as well. For your convenience, I've copied them here.

There's no doubt the Android tablet market is heating up much like the phone market was a few years ago. Where before there were relatively few choices, manufacturers are now rolling out new models left and right - sometimes, it seems, with reckless abandon. It's almost like Newton's third law in action: for every great tablet released, an equal but opposite tablet is released. Not to spoil the reviews, but I'll tell you right up front: both the $300 9" A2109 and $400 10" S2110 fall under "the opposite" (i.e., they're bad).

Interestingly, what makes each one bad overall is remedied by the other. Where one has terrible performance, the other's is good. Yet the one with good performance also has a sub-par screen; inversely, the one with poor performance has a much better screen. Both devices are seemingly paradoxes of each other, as if Lenovo made one great device, then tore it apart and gave half the components to one device and half to another device, then filled in the gaps with whatever crap they had laying around. 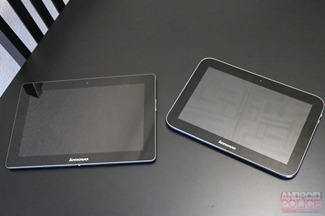 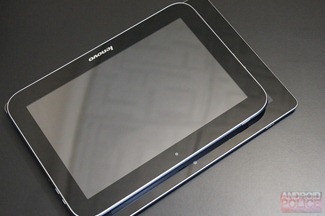 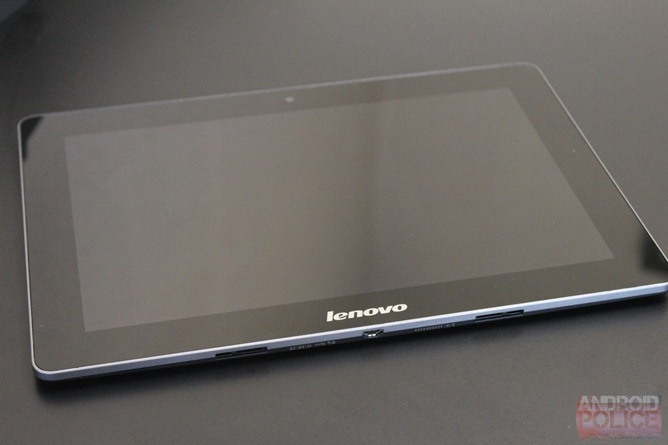 Having a thin and light tablet is great, especially for extended viewing sessions. What's not so great is when it comes at the expense of quality.  It's apparent as soon as you pick it up by the feel of the cheap, textured plastic on the back, and then instantly compounded by the fact that the entire back flexes. Even worse, if you hold the sides with both hands, you can easily twist and bend the entire thing. In fact, it's so easy and obvious that if you gently push with both hands while the screen is on, you can see the image distort slightly and the liquid inside the display ripple from the sides bowing out.

The S2110 has a mostly blocky design style, and is basically just a rectangular slab. That said the back has a slight curve into the corners, though is otherwise flat, as are the sides (obviously, the front is flat, too). At the top left is the power button (and behind it, the camera). The upper right side has a nicely clicky volume button above which is a speaker, while the bottom houses a microUSB charger flanked by dock connectors. Finally, the left side has microHDMI and headphone ports, as well as a speaker, from top to bottom. 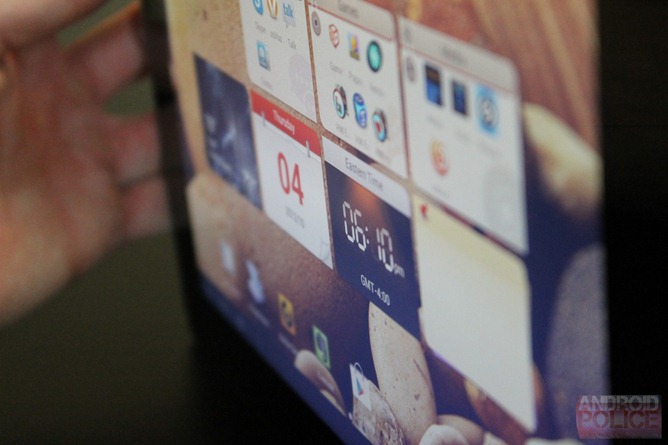 Believe it or not, the IPS display is just about the sole strong point on the S2110. Although it sticks with the 1280x800 resolution (rather than bumping up to something much more substantial like 1920x1200, as in Acer and Asus's higher-end offerings), that's rather standard for this price range. And that's not really a bad thing; though more pixels wouldn't hurt, the image is still plenty crisp.

What's more, just about everything else about the display is very good. Colors are warm and very natural, yet don't feel oversaturated like they tend to on AMOLED displays (though there are plenty of people who prefer that). Black levels are slightly above average, albeit certainly not the best I've seen. The best aspect of the display, though, is the viewing angles. You can view it from any angle and the display is barely distorted, much like on the HTC One X or Galaxy S III. It's stunning. 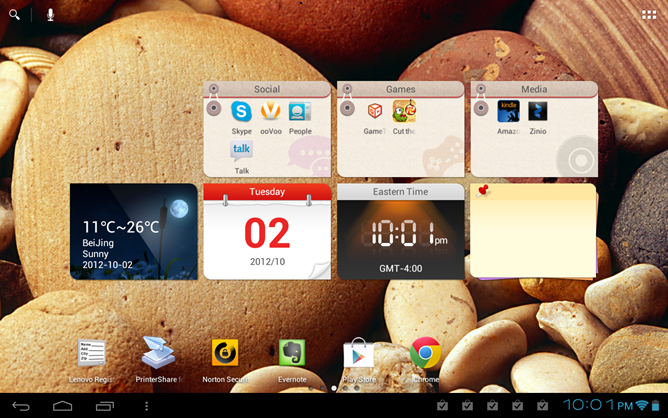 I very rarely like custom UIs. Sense is bloated, TouchWiz is ugly and bloated, Optimus UI is an ugly TouchWiz rip-off... the list goes on and on. Lenovo's UI is perhaps the most bloated of them all, and yet... I dig it. I'm not sure why, either - I tend to prefer simple, clean designs rather than image and effect-heavy ones, and yet I simply do. Let me try to put a finger on why. 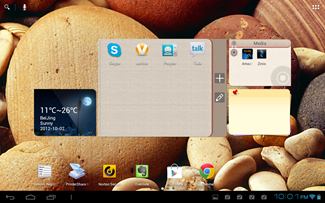 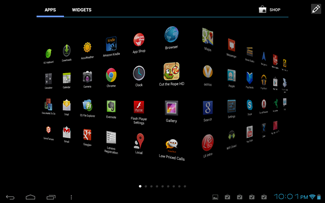 First, I just think it's nice to look at. As I said above, I find very, very few UIs attractive. As far as I'm concerned, stock Android is damn pretty and the less manufacturers try to cover it up, the better. Yet Lenovo's UI takes a completely different approach. The background is a collection of mostly tan rocks, whereas stock Android tends to stick with abstract shapes and colors. The widgets are uniform triangles with the top right and bottom left corners rounded - perhaps the consistency has something to do with why I like it. The folders are the exact same as widgets, but show as actual folders. I even like the swiping effect; rather than simply sliding to the side, the animation is of a rotating cube that has a slight bounce to it. It's rather charming.

In short: it's pretty, it's uniform, and it's visually differentiated. It's also bloated, poorly coded, and has way too much crap installed on it out of the box. Yet for some reason, I still like it. 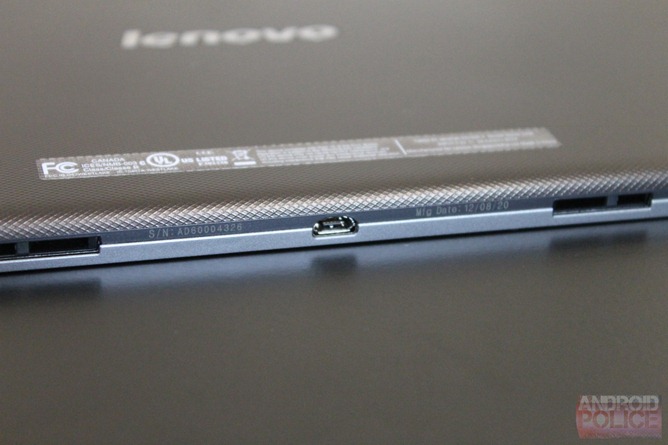 I recently reviewed the new MyTouch Q, which packs a single-core 1.4GHz CPU and Android 2.3 (Gingerbread), and its performance was worlds better than that of the S2110. The fact that an uber-budget phone manages to outperform a higher-end tablet is sad; that the tablet has twice the cores, higher clock speeds, tons of architectural upgrades, and a version of Android that is 18 months newer makes it all the more embarrassing. 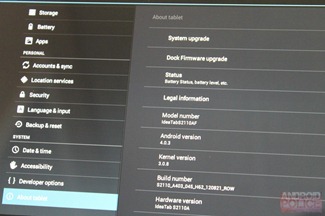 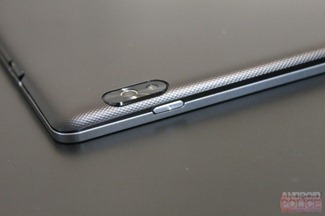 I'm not exaggerating, either. Swipe to the side and the entire system begrudgingly complies in small chops. What really boggles my mind isn't just how bad the performance is - it's that the Tegra 3 (found in the A2109) is out-benchmarked by the Snapdragon S4 CPU used in the S2110, and yet the 2109 offers a much better user experience. Take a look for yourself:

It's even worse in real life than it looks in the video.

As with the A2109, battery life - especially at idle - is remarkably good. The first four days I had the S2110, I used it very lightly (I was focusing on the A2109 first), yet the battery only dropped to 78%. Even in the past hour and a half of use, it has lost just a few percent. That's especially impressive considering that automatic brightness is actually bright enough (certainly a refreshing change from the norm). 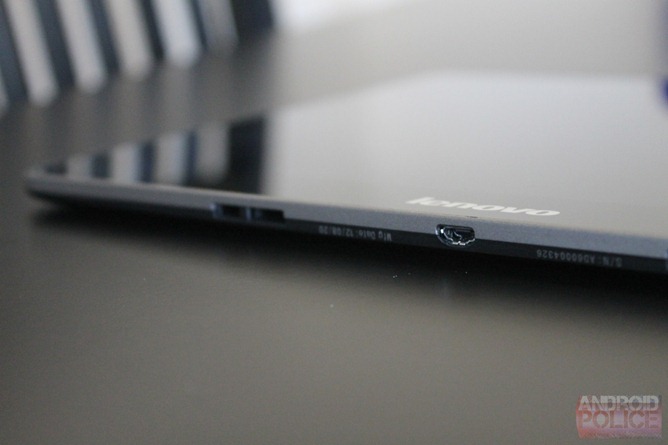 It's funny to me that Lenovo sells the A2109 as a budget tablet and not the S2110. Sure, your $100 gets you a bigger (and much better) screen with the S2110, but it has the most appalling performance I can imagine. A cheap Chinese knock-off tablet offers better performance, without a doubt. It boggles my mind. What makes it even worse is that they market the 2110 as a sort of work horse, and you can purchase a keyboard dock. With performance this bad, I don't even want to use it at all, let alone to get a little extra work done on the weekends or when I'm out of the office. Even if using the tablet wasn't so miserable, it's still so flimsy that I'd be afraid to throw it in a bag and take it out of the house.