There are two types of people in this world: those who stick with the same carrier for decades at a time, and those who jump from one to another in order get the best phones. If you fall into the latter category, now may be the time to head over to AT&T, because the HTC One X just dropped to a penny at Amazon Wireless.

Sure, HTC may have already announced the One X+ with AT&T as its exclusive provider here in the States, but that doesn't take away from what a solid device the original One X is right now. 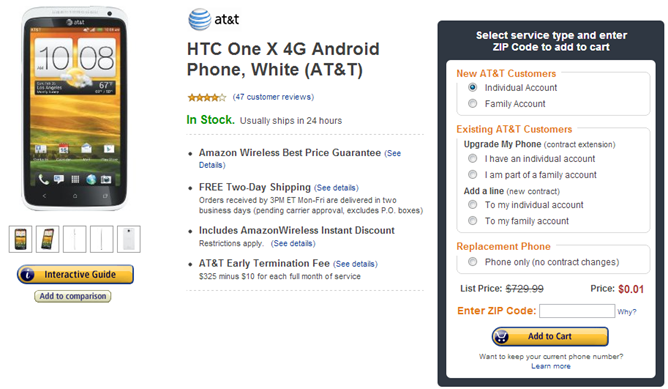 Both the white and gray variants are now basically free, so buy away.