Remember the hours and hours you wasted as a kid plunking quarters into the Zaxxon machine, scorning the other kids for playing 1942 and Galaga? Yeah, neither do I - odds are pretty good that if you're reading this, Sega's admittedly unique isometric shooter was slightly before your time. Still, there's got to be plenty of Android gamers eager for a nostalgia trip in 3/4 perspective, right? For those middle-aged gamers, Zaxxon Escape is now available in the Play Store for a mere buck. At the cost of just four single-run games from 1982, that's a bargain.

But hold on to your quarters, shmup fans. This isn't the Zaxxon you (possibly) know and love. Instead of the isometric perspective that made the original a minor classic, this full 3D version put the camera behind your spaceship, tasking you with shooting enemies and avoiding obstacles in a narrow corridor. The graphics are certainly appealing, but the tilt controls and simple gameplay probably won't appeal to those who would rather have the old Zaxxon on their Android device. It's more like you're playing through the sequence at the end of Return of the Jedi, with the Millennium Falcon replaced with a less iconic spaceship. 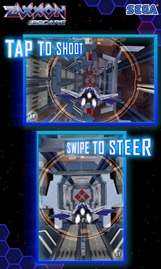 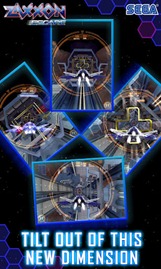 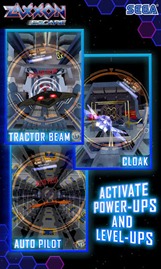 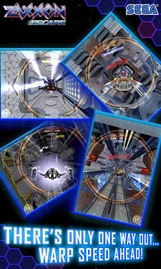 And I'm sorry to say that in-app purchases have reared their ugly heads, even in a paid game. To upgrade your armor and weapons, you'll have to use in-game currency, which - you guessed it - can be bought in vast amounts for just a few of your real greenbacks. C'mon, Sega, if you're going to go this route at least make the game free. Alex Kidd wouldn't stand for this.