Yesterday, we highlighted the hidden "labs" feature in Nova Launcher. Turns out that's not the only of TeslaCoil's apps with a secret menu - popular lockscreen replacement app WidgetLocker has a similar feature, except it's called "experimental." For all intents and purposes, though, it's the same thing. 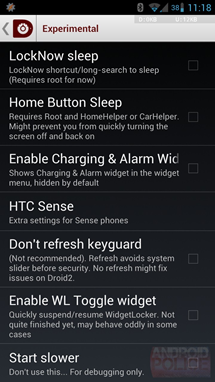 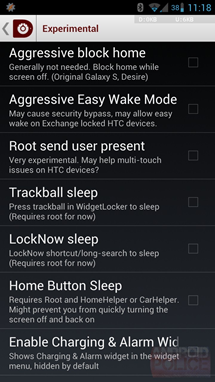 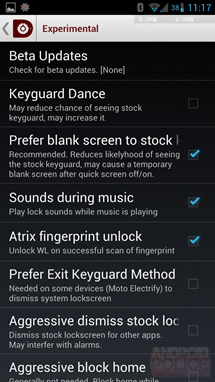 It's also activated the same way: simply head into WL's settings menu and hold volume down for 1-2 seconds. Just like with Nova, you'll see a toast notification to let you know that the new menu was successfully unlocked. To disable it, hold volume up for 1-2 seconds. Easy peasy.

Inside this hidden area, you'll find some pretty neat features, many of which are in place to reduce the likelihood of the stock lockscreen showing up instead of WidgetLocker's custom interface. There are also some device-specific tweaks here, like a toggle for the Atrix's fingerprint scanner. There are also some goodies for HTC phones running Sense, and extra features for devices with capacitive buttons.

If you're a WidgetLocker fan, we recommend at least digging around in this menu. It may just unveil something that could improve the overall experience on your particular device.

Thanks to everyone who pointed this out!

AT&T Will Get The HTC One X+ Exclusively In The US, Also Adding The One VX To Its Roster