Even as the proud owner of an HTC One X, sometimes I find it difficult to defend the company whose handsets I really do love. The One X is a truly gorgeous piece of hardware - a unique and interesting design among a sea of relatively similar (or extremely boring) shiny plastic rectangles. It's the first Android phone design I've looked at and thought to myself, "Wow, that's really inspired." Call me a fanboy if you must, but I really do love the look of this phone. I have since I reviewed it, and I still love it now. 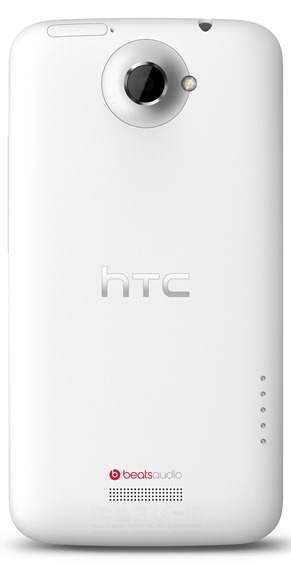 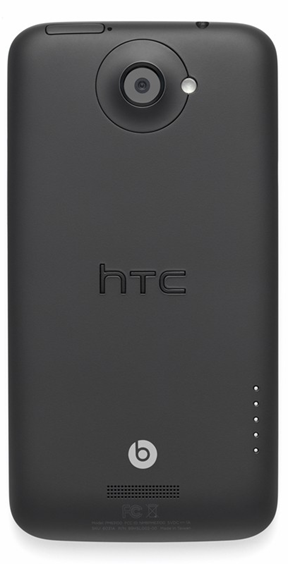 As such, you can guess that I love the look of the One X+. Here it is, side by side with the original One X. In fact, I like the X+ a bit more - especially with the non-contrasting camera "bump." Heck, I don't even know if a white version is necessary, I really like the dark gray (a lot better than the red-accented version).

But as you can see, external changes are almost non-existent. The SIM slot sits slightly higher up, as does the headphone jack (or this photo was taken at a slight angle), and as I noted previously, the camera bump now matches the color of the chassis of the phone. Otherwise, virtually identical in terms of exterior design. And I am totally OK with that.

The problem is that because it looks exactly the same, basically has the same name, and pretty much functions in the same way, HTC is banking on winning a specification war with this phone. For tech enthusiasts, specs are always going to be a draw, and the One X+ is rather impressive on paper. A new, souped-up version of NVIDIA's Tegra 3 quad-core processor with LTE and 64GB of internal storage in tow should be very interesting to the technically-minded.

For the Android enthusiast crowd? Probably less so. Especially with AT&T locking down the bootloader here in the US (it's a given, and in all likelihood equally a given that a workaround will be found). And in Europe, where HTC has traditionally been strong, LTE coverage remains extremely sparse - basically nonexistent. It's nice for future-proofing, but it won't draw average consumers in. Not yet, at least.

The big, glaring flaw in HTC's strategy here is in assuming most people were interested in the original One X in the first place. If you weren't taken with it when it came out, it's much less likely you'll give this phone a second glance. It doesn't bring anything particularly new to the table. Yes, it's faster (in two ways!), and it holds more stuff. And it looks ever so slightly different. Oh, and it runs a newer version of Android that the regular One X is getting this month, too.

But in all honesty, HTC's pulled an iPhone 3GS / 4S here. Except with far fewer improvements. The speed gains are incremental, not exponential (the US One X had LTE, aka One XL). The huge amount of storage space is nice, but is it necessary for most people? The OS update, well, that's cool and all, but again, it just isn't groundbreaking. And if people didn't go for the One X the first time around, why would they now?

I'm pretty sure what happened here was, basically, panic. HTC has been losing market share and stock value like crazy over the last year. The company went from being the #1 Android OEM in the world out of the "big four" (Samsung, LG, Moto, HTC) to last. HTC now only makes up 6.3% of the smartphone market in the US, up slightly from 6.1% in May. Put simply, the One Series "reboot" Peter Chou initiated at Mobile World Congress earlier this year hasn't lived up to expectations, and HTC is clearly in something of a rut.

Despite receiving absolute rave critical reviews, the One X just hasn't taken off. I love my One X (most of the time), but I can understand that, for average consumers, HTC has fallen by the wayside in terms of relevance in the marketplace. Meanwhile, Samsung has converted scores of disgruntled HTC customers (let's face it, HTC had a rough 2011), along with much of the company's potential customer base. Samsung really has taken the market by storm, with massive ad campaigns and extravagant product unveilings that teeter on the very edge of tastefulness.

HTC has tried, on the other hand, to let "the product" do the talking. Which, hey hey, is another page out of the Apple book. Unfortunately, it seems HTC forgot the page where you invest in multi-hundred-million dollar advertising campaigns so that people can hear that product speak. I occasionally see commercials for the One X on AT&T, and they're usually pretty boring and uninformative. If you can't make the ads for your own product, you're already doing it wrong, HTC. What do you think would happen if Apple left AT&T solely in charge of advertising the iPhone? I can only imagine, and shudder at, the horrible, corny possibilities.

Maybe that strategy will change with the One X+. Maybe HTC won't let it die in AT&T's arms like it already did with the first One X, a truly great phone. This really is a second chance - the One X is a legitimate competitor to the Galaxy S III, and the One X+ even more so. They could start over and do it right.

But something tells me that HTC is just going to continue pressing on like it has the past 8 months, hoping that the One X+ will "speak for itself" to consumers, probably through AT&T. Because, once again, HTC has locked the device's namesake to AT&T as an "exclusive" release. Let me be frank about that: it's monumentally stupid. Stop kowtowing to carriers, HTC - all you're doing is limiting the impact of your brand in the US. Not to mention how you trash it when you end up having to use silly names like EVO and Incredible elsewhere, brands that you don't even own. There is no unity. People are rapidly forgetting you exist. Samsung figured it out - send the same message on all channels. Why can't you?

When the One X spoke to consumers in the US, most of them couldn't even hear it -  because the vast majority of them were on other carriers, where the HTC "brand" is extremely weak and diluted. Now you're asking those same people to listen to a product that is largely the same (and aesthetically identical), on the basis that it's marginally better. And you're screaming into the winds of the tempest that is the Galaxy S III's advertising budget.