You know what games don't have enough of these days? Censored cartoon nudity. Everyone knows it's true. Particularly in the running games category. Sure, we've got secret agents, gingers escaping death, and Pixar heroines, yet all of them are decidedly clothed. Streaker! attempts to remedy this problematic conundrum. In this adventure, you're the other man fleeing the scene from a sordid affair. Did we mention this probably isn't for kids? Because it's not.

While it's not quite as polished as games like Agent Dash, it's still very smooth and easy to play. Tilt controls are responsive and jumping, turning, and ducking are fluid. Though there is a slight pain that runs down your spine every time the entirely nude man slides on his knees over solid concrete underneath the passing trucks. Even in an exaggerated, animated world, that makes my jimmies rustle. 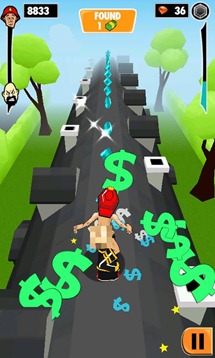 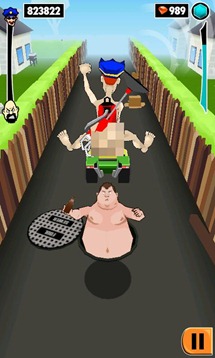 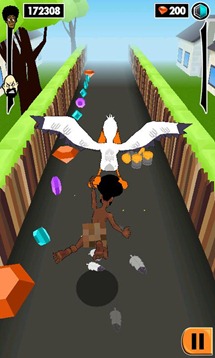 Streaker! is free in the Play Store. In-app purchases obviously make an appearance, allowing you to accelerate the process of acquiring power-ups, bonuses, and yes, even an "uncensored" mode (though this is quite expensive). However, all of the in-game currency that you can buy with out-of-game monies can also be earned by doing more runs. So, it's not necessary to spend a dime, just time. There's even one in-app purchase that removes ads for $0.99, no bizarre "bucks" or "gems" scheme required. A respectable approach to IAP.

We can't say for sure how long this will remain in the Play Store, what with unlockable cartoon nudity, so you may as well grab it sooner rather than later. Unless you want to avoid explaining to your loved ones why you run through neighborhoods sans pants in your free time.