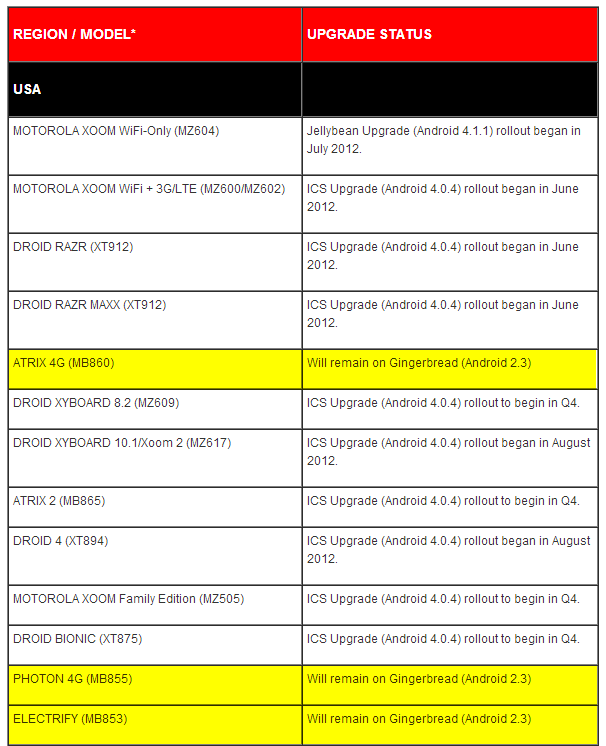 As you can see, the status of all three device has now been changed to "Will remain on Gingerbread (Android 2.3)." It's unfortunate, but after last week's news, it was assumed by many that this would be the end result.

Hey, look at the bright side: there are always unofficial methods of getting what Motorola says you can't have.

Sierra Trading Post App Lands In The Play Store, Makes It Even Harder To Keep Money In The Bank

Here Are The $0.25 Apps And Games For Day 4 Of The Play Store's 25 Billion Downloads Promotion