Smartphones are great; they organize our lives, provide us with news and information, and keep us in touch with friends no matter how far away they may be. Smartphone gloves on the other hand? Not so much. They don't do a great job of keeping your hands warm in the cold weather, and they aren't exactly renowned for their comfort.

Fortunately for Xperia sola users, Sony has you covered. The Ice Cream Sandwich update for the sola, which began today, includes a new feature called "glove mode" which, you guessed it, allows you to wear any pair of gloves and still use your smartphone.

Glove mode is actually an extension of Floating touch technology that has been present in the sola ever since it first shipped. The technology allows the phone to register the position of your finger up to 20mm away from the screen by combining self capacitance and mutual capacitance displays (for an in-depth explanation, check out Sony's developer blog). 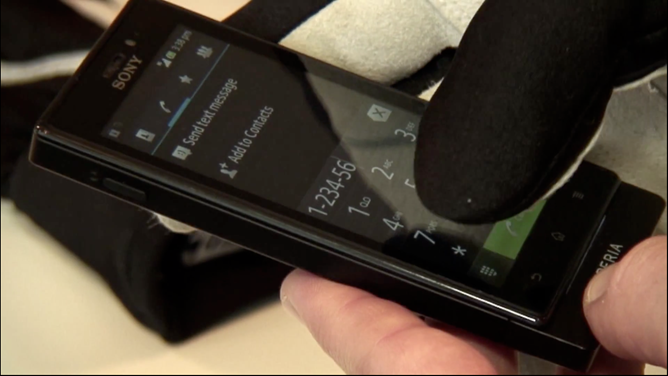 Glove mode is enabled by default, so you can unlock the phone whilst wearing gloves without having to dive into any settings. To help you see where you're currently pointing to on the display, a cursor ring will appear around your finger. Sony's demo video makes it pretty clear that you can use any type of gloves with the phone, and this will undoubtedly come in handy for many users as we approach winter.

I can see this feature being a major selling point for the phone in colder countries, so hopefully it works as well as Sony claims. If you're wearing thin gloves, navigation won't be much of an issue, but boxing gloves might prove to be slightly more challenging.

Sony Begins To Roll Out Ice Cream Sandwich For The Xperia Go, Sola, And U, Coming To Global ...