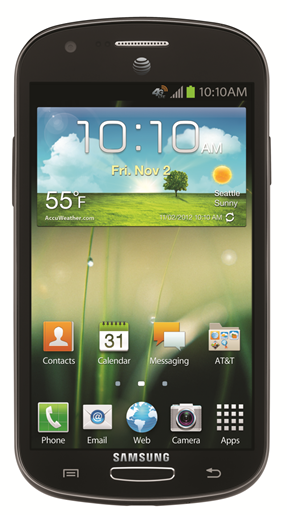 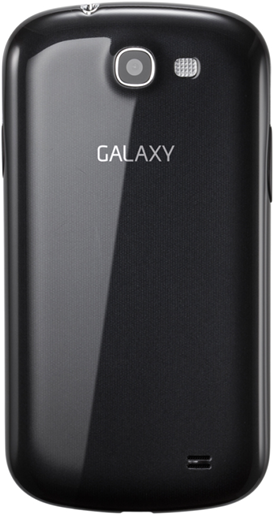 The Galaxy Express seems to be sort of a tweener device. Not in terms of "your child between the ages of 10 and 12 will love it!" but in that it appears to be right in the middle of the Galaxy S III and some mid-range devices. 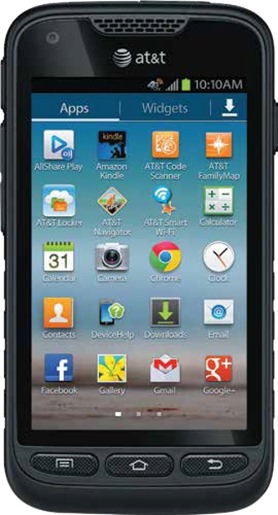 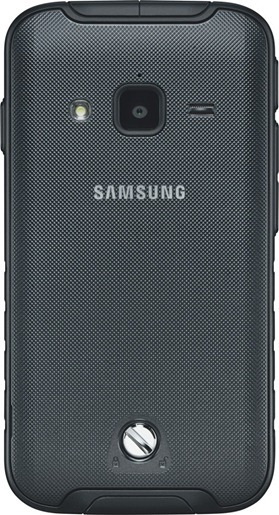 Much like its predecessor, the Galaxy Rugby Pro is a rough and rugged mid-ranger. It's not the biggest powerhouse of the bunch, but it is waterproof, dust proof, and shock resistant. If you tend to demolish phones, this may be one to consider.

AT&T didn't provide much in the way of specs, but we do know it has a 4-inch Super AMOLED display at 480x800, and a 5MP rear shooter. No word on processor, RAM, internal storage, or version of Android. Good job, AT&T. 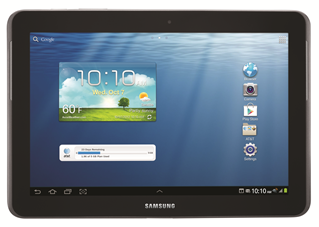 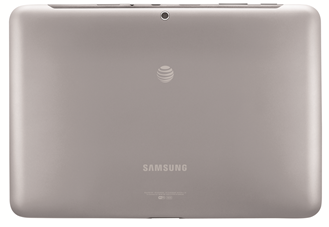 At this point, everyone is probably familiar with the Tab 2 10.1, so I'll skip the intro. The only thing different about this one is that it has LTE. Word.

AT&T also took the time to remind folks that the Note II is coming... eventually. Sammy has an announcement planned for October 24 in New York, so we're pretty sure they're going to reveal availability for all carriers at that time.

As far as the other devices announced today, they didn't peg price or availability on any of them. As soon as we find out, though, so will you.

An ideal mix of brains and brawn, the Samsung Galaxy Rugby Pro gives customers with active lifestyles access to a 4G LTE smartphone that can handle whatever life throws at it.  The Rugby Pro is built to military specifications (810g specifications) and is waterproof**, shock resistant and dust proof.  It features a 4-inch WVGA Super AMOLED display and a 5-megapixel rear facing camera that lets you record HD video in 720p.  Business customers can rest assured that in addition to being protected from every day wear and tear, Rugby Pro also comes with full device encryption and EAS corporate email support.  The device will have access to Enhanced Push-to-Talk functionality upon launch of the service.

Announced earlier this month, Samsung Galaxy Note II continues to expand the popular category created by the Galaxy Note with improved battery life, a thinner and narrower design and enhancements to the S Pen™.  Arriving later this year running Android 4.1 (Jelly Bean), Galaxy Note II with 4G LTE combines the productivity of a tablet with the convenience of a smartphone and the S Pen features you need to unleash your creativity in a single device.  With a 5.5-inch HD Super AMOLED™ display and 1.6 GHz quad-core Exynos™ processor with integrated graphics processing unit (GPU), the Galaxy Note II provides PC-like processing power and advanced features like Popup Video, new Gallery views and great gaming performance in a truly pocketable device.

This 4G LTE Android 4.0 tablet delivers entertainment and productivity to fit your whole life.  Galaxy Tab 2 10.1” offers a 10.1-inch display and premium entertainment options including Media Hub, Smart Remote and AllShare® Play.  Features like on-device encryption and VPN access ensure your tablet is secure for business use.  The 7000 mAh battery allows you to stay connected throughout the day.

AT&T customers have access to the nation’s largest 4G network***, covering 275 million people. AT&T has two 4G networks that work together for customers, LTE and HSPA+ with enhanced backhaul. That means AT&T customers are able to enjoy a widespread, ultra-fast and consistent 4G experience on their compatible device as they move in and out of LTE areas. With other carriers, when you travel outside of their LTE coverage area, you may be on a much slower 3G network.

All of these devices will be available from AT&T in the coming months.

**Waterproof against incidental exposure to water when all ports (incl. USB and earphone ports) are tightly closed. NOT designed or intended for in water use. Submersible up to 1 meter for up to 30 minutes. Waterproof based on IP57 rating.

4G LTE when used in relation to Samsung devices refers to the fact that the devices can operate on AT&T’s 4G network.