Zeebox, a social TV companion app that's already found popularity in the UK has officially hit the US, aiming to make a splash thanks to monetary and promotional backing from both NBC and Comcast.

Essentially, Zeebox serves as an auxiliary guide to TV enjoyment as well as a social platform where users can see which shows are hot, who's watching them, and what they're saying in response. Users can see what their friends (and everyone else) are viewing or planning to view, chat with friends, start a viewing party, or tweet reactions.

What's interesting about the service's arrival in the US is that it's being heavily backed by broadcast giant NBC as well as Comcast Cable, meaning you aren't likely to see this app fade out of conversation very soon. 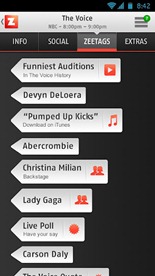 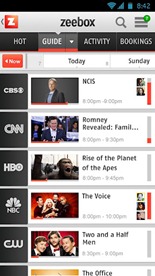 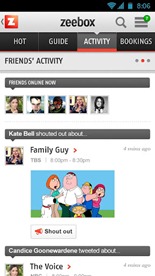 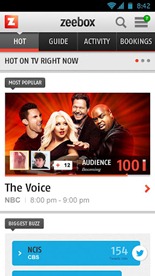 All Things D speculates that viewers of shows like the Voice could see some integration with the app, and while the app may not be easily integrated with all programming, the idea is that conversations happen live alongside television programming, which NBC likely hopes will increase viewership.

If you've been trying to pick out the right social television-viewing companion app from the already crowded playing field, Zeebox seems to have some potential. Considering it's free from the Play Store, it's worth checking out. Just hit the widget below.

via All Things D