I find that I'm far more inclined to use an app if it's pretty. I can't stand blatant iOS ports for one, but I've also started to basically ignore apps that are stuck in the Gingerbread (and earlier) way of theming. Holo is where it's at, so that's what I want to see.

While the previous New York Times app wasn't exactly stuck in the "old Android" theme, it certainly wasn't ICS-ified, either. Thanks to an update that just hit the Play Store, however, that all changes. 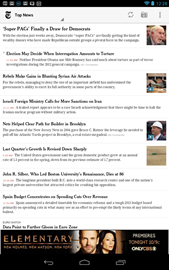 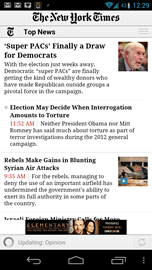 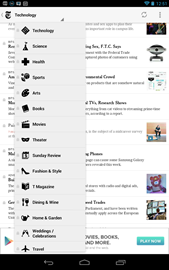 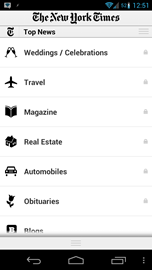 The new version is very heavily Holo-inspired, and I have to say, it looks pretty great. Gone is the tacky notification-style category list, as it's has been replaced by a nice drop down menu. Not only does it look better, but it's far more intuitive. The menu has also been moved from the bottom to the top where Jelly Bean devices prefer it. The settings screen has also ditched the old-school style for a more sleek and modern look. 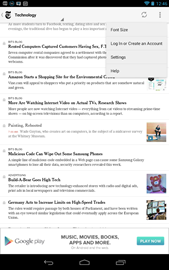 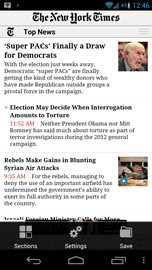 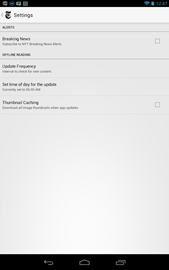 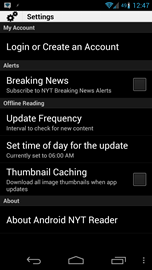 Overall, the redesigned app is not only easier on the eyes, but much more user friendly. If you're a NYT subscriber, you're definitely going to want to grab this one ASAP. The eBay App 2.0 Update Is Back On The Play Store After Being Pulled

Transformer Pad Infinity Jelly Bean Update Delayed In The US And Canada - Should Be Available ...