Before we go any further, let me say that this post will contain zero references to replacement referees. Okay? Everybody got that? Good. Just after the long, long-awaited Jelly Bean update for Verizon's Galaxy Nexus, the carrier has finally updated its exclusive NFL Mobile app for Android 4.1. They've also added compatibility with "high-resolution devices", though looking through Verizon's current lineup it's hard to think what they could mean by that. 1280x800 is the highest screen res that any of their Android tablets use, and the app has worked for them for a while. 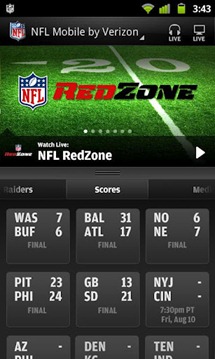 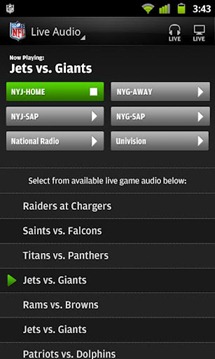 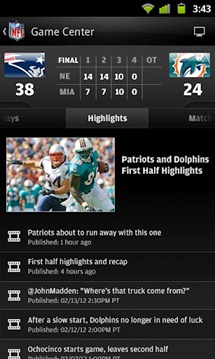 As you'd expect, the app has the official schedules for all NFL teams, live scores during games, and video highlights. You'll need a Verizon phone or tablet to use the app, and subscriber's to Verizon's football package can watch games live on Sunday or Monday... provided they've got enough data left on their tiered and shared plans. Reviews are mostly negative even after the update, citing login issues and crashes. On my own Verizon Galaxy Nexus, it displays an error saying that "services are temporarily unavailable". Just like the services of competent football officials.

YouTube For Android Update, Brings Improved UI for 2.2 And 2.3 Devices And More