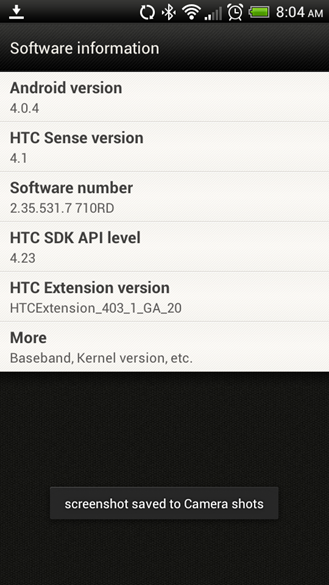 This update should be basically the same as the one that hit the international One S, One X and AT&T One X, which allows the remapping of the recent apps button. This is a hugely important change, because if the recent apps button is remapped to behave as a menu button, the legacy virtual menu button (that is big and ugly and takes up a bunch of screen space) goes away entirely. Trust me, it's that annoying. At 151MB, the update roughly maps onto the size of the update for international One X, as well.

Just head to your phone's settings menu, the about screen, and check for the update to retrieve it.