While Google and the ISIS consortium duke it out over the future of Near Field Communication and the payment systems that use it, one of the largest financial institutions in the US had decided to ignore it. Reuters reports that Bank Of America is testing a new system that will only require retailers to display a single image. Ideally this would negate the need for new hardware for both sellers and buyers - all that's required is an Android or iOS device with a camera and a mobile connection. 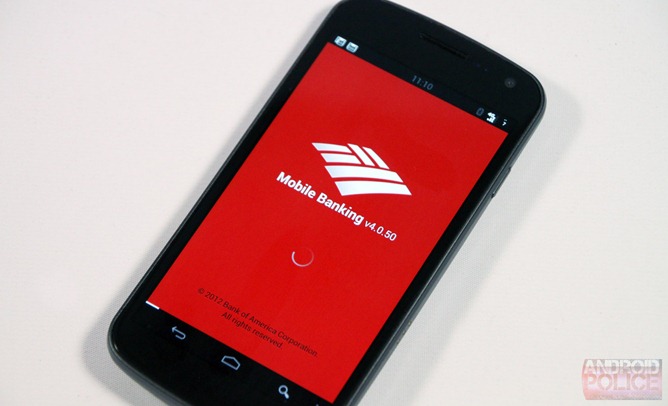 The trial program will last three months, with startup Paydiant overseeing five retailers in the Charlotte, North Carolina area. While details are scarce, it sounds like they're using a single image (probably a QR code or something similar) and some online authentication to connect an app on the user's phone with his or her credit/debit card. As a means to an end, it would be much simpler than NFC, if not quite as safe.

It's hard not to think about the fact that Apple very pointedly left NFC out of the latest iPhone, in favor of yet another proprietary system. Paydiant's trial runs may have found a way around that with a relatively universal solution - something that's music to the ears of retailers wanting to get in on the ground floor of mobile payments. The fact that Bank of America (with tens of millions of active customers) is looking into it is certainly promising.