Less than a week ago, Motorola updated its ICS upgrade timeline, moving back the tentative release timeframes for many devices. Among those was the Atrix 2, which got its status pushed from "Q3 of 2012" to "further plans coming soon." Initially, that didn't leave us with any sort of good thought, but it looks like we were wrong. 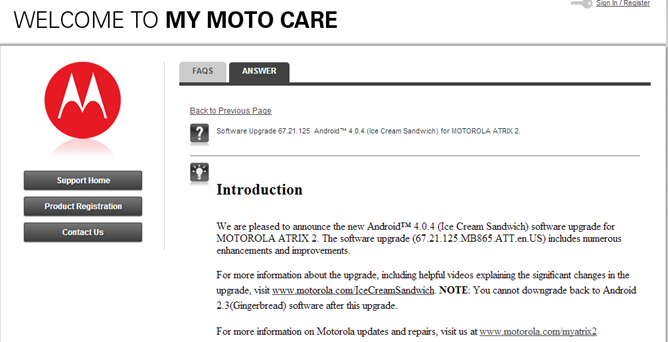 Motorola just released the changelog and other installation information to its My Moto Care site, indicating that the update is indeed coming much sooner than we anticipated. So soon, in fact, that the initial soak test has already begun rolling out. 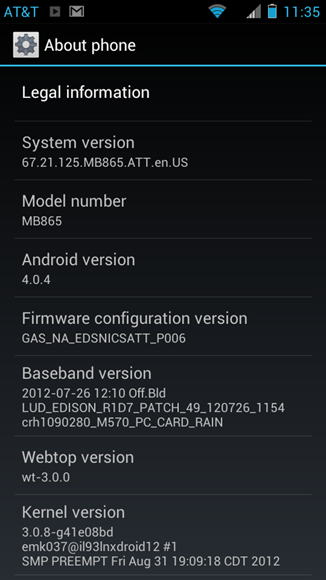 As shown in both the changelog and the above screenshot, this will bump the Atrix 2 up to Android 4.0.4, with a build number of 67.21.125. This update brings numerous new features with it, including a whole new look, improved lockscreen, folder support, enhanced notifications, improved settings, and all the other great things that come along with ICS.

For those who have already gotten the soak build, hope you're enjoying your new ICS-ified handset! All other Atrix 2 owners should sit tight, the update should begin rolling out to everyone shortly.

[Motorola; Thanks for the screenshot, Anon!]

[Deal Alert] Logitech Joystick For Tablets Is Free After Rebate From Tiger Direct, Might Even ...