Let's get this out of the way: the Logitech Joystick ("for iPad and Android Tablets") is a strange little gadget, an analog solution to a digital problem. It sticks onto your tablet with suction cups, then places a capacitive touch-point below a thumbstick modeled after the more recent generation of game console controllers. Motion is achieved via a coiled plastic spring, and its design allows you to move it around the bezel to adjust to different games. The list price is $20, but right now Tiger Direct has it for free... after a $9.99 mail-in rebate. 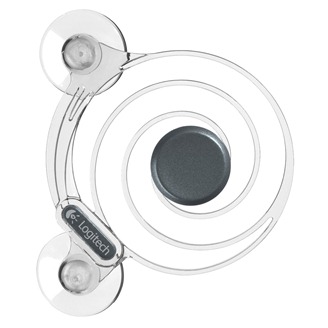 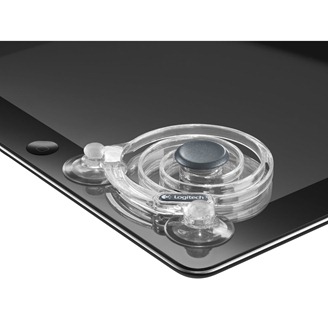 The Joystick has been on the market for about a year. It's a pretty shameless copy of the Fling controller which uses the same concept, but there are tablet gamers who swear by it, and anything's worth a try for those completely fed up with touchscreen controls. If you're averse to mail-in rebates (like me), Amazon has the same thing for $5.43, and it qualifies for free Prime shipping. If you'd like to take Tiger Direct up on their "free" offer, hurry - it's a Daily Deal that ends at 2AM EST on Thursday, and supplies might go fast.