In "Flowing Text" books, you can tap & hold to select some text and then
- Highlight
Add notes
- Translate
- See definition in dictionary info cards
- See a map and Wikipedia snippet in "Places" info cards, if the selected text is a place.

This is actually quite a large feature update, much of which you can see demonstrated in the screenshots below. 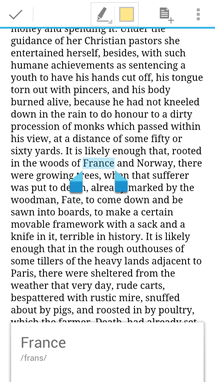 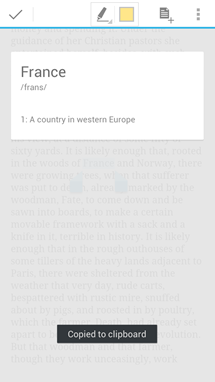 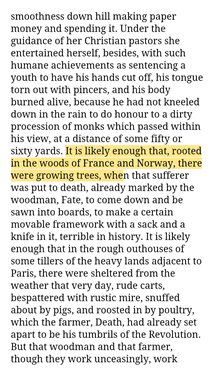 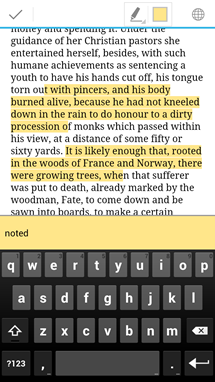 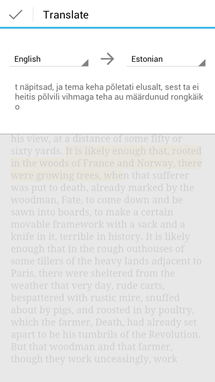 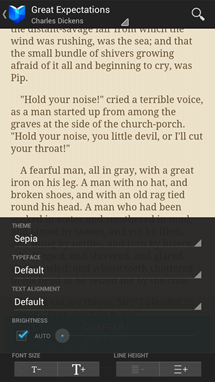 As you can see, highlighting, notetaking, sepia mode, and translations all seem to be in working order. I found the geographical place card didn't exactly work, though. It just gave me the definition of France (I tried London, England, and Westminster, too), not a map or Wikipedia snippet, unfortunately. So that's sort of a bummer.

We're also hearing the "Loading" issue with cached books hasn't been resolved, and that's been issue for several versions now.

Anyway, hit up the Play Store and grab the update now, and head over to Google's official Android blog for a more in-depth look at the update.

The Nexus 7 Is Now Available In Japan