The Redbox movie and video game rental kiosks that seem to be at every McDonald's, Walgreens, Walmart, and umpteen other locations across the country are easily one of the most convenient ways to get your entertainment fix. If Redboxes in your town are anything like they are in mine, however, there's always a line of people. Instead of standing around waiting for you chance to grab The Cabin in the Woods, though, you could fire up the recently updated Android App. It's much, much better and far more useful than it used to be. 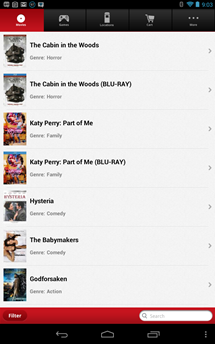 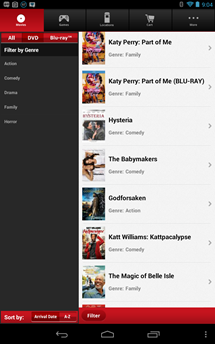 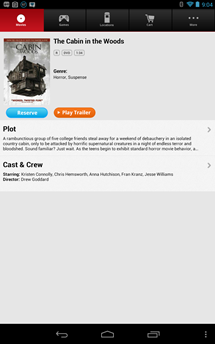 If you used previous versions of the app, you probably know that it was borderline useless; even simple sorting options were absent! This new build fixes most of the quirks, though, and makes this app actually relevant to your rental interests again thanks to its new interface with much better filtering and sorting options (you can select whether to sort by arrival date or put the titles in alphabetical order). Also, for those who are tired of digging through their email inbox looking for RB updates and free rental codes, you can now opt-in to push notifications so that info is sent directly to your handset.

If you don't already have it installed, hit the widget below to grab it. As an aside, you really should watch The Cabin in the Woods. It's awesome. CyanogenMod 10 Nightlies For The LG Optimus Black Are Go LG Intuition Review: Quirky Can Be Fun - Unless You Sacrifice Everything To Get There