Anyone who reads this blog often knows my disdain for touch-controls on mobile games. There are a few titles out there that are intuitive enough, like NBA Jam, Dark Meadow, and Horn, but past that, most games are just awkward to play. Thus, if a game supports it, I usually use some sort of controller, be it Bluetooth or USB. While that's practical enough at home, large controllers are too cumbersome for gaming on-the-go. Enter a new Kickstarter project called the iMpulse Game Controller that's looking to change that.

As you can see, the iMpulse is a Bluetooth controller that's small enough to fit on a keychain. That in itself makes this an alluring product, but the additional features it offers are what make this little gizmo one-of-a-kind. Firstly, if you can't find your phone, the iMpulse can send an alarm to your device, and that's just awesome. On top of that, it functions as a media controller, which will be a godsend for anyone who streams movies from their tablet to a TV. Lastly, it also works as a remote shutter button for your smartphone or tablet's camera. That's pretty neat. 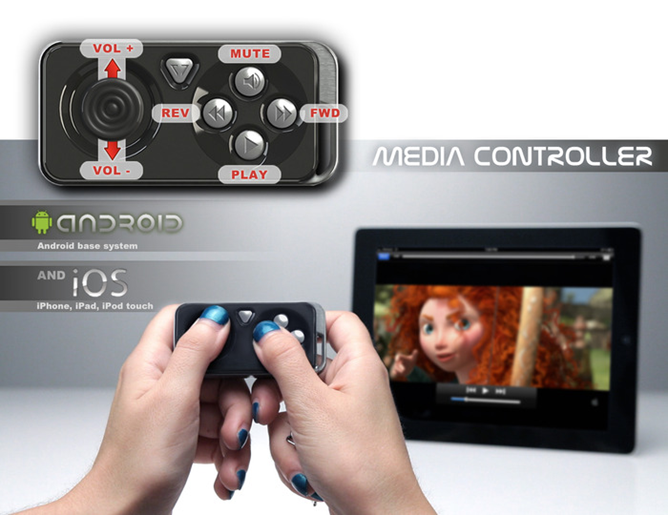 Of course, since the iMpluse is a Kickstarter project, it needs backers before it can come to fruition. A $30 donation will score you one iMpulse when it's launched in February of '13, as well as help the iMpulse team reach their $50k goal. Other donation levels are also available, so check out the Kickstarter page for more info.

Didn't Catch The Motorola/Intel RAZR i Event? Watch It Now On YouTube