Real innovation is suddenly becoming depressingly rare in the mobile space: look no further than the army of Temple Run clones that have come out in the last few months. Sure, most are fun, and some even eclipse the original (see Agent Dash), but they're all copying game mechanics pretty shamelessly. In this environment, it's so refreshing to see something like Fort Courage: a new game that adds compelling and exciting elements to an old formula. It comes from Human Head Studios, developers of the celebrated Prey and its upcoming sequel. That being said, there are a few places where it's clear this console and PC developer needs some more mobile experience - a tendency to rely on pre-built tools, like the GREE platform, and taking the in-app purchase model to extremes are two examples.

Totally Not Calvin And Hobbes

The story behind Fort Courage is simple: you control two boys make-believing that they're defending a fort from a hoard of ravenous monsters, armed with fanciful weapons and power-ups. The bosses take the form of the mildly menacing figures in real life, like a kooky chemistry teacher who becomes a mad scientist, played out through painted single-frame cutscenes. Pretty standard stuff, though with one primary protagonist's spiky blonde hair and penchant for fort-based imagination, I can't help but think of Bill Watterson's classic newspaper comic. (That's a good thing, by the way.) The first set of levels takes place in a mad scientist's lab, the second in a dinosaur jungle, and the third in a futuristic robot factory.

Gameplay is loosely based on tower defense, but there's a lot of novelty in the mechanics. The two boys are your towers. The one on the left fires an unlimited amount of ammunition from one of five guns (pumpkins, various lasers, rockets, et cetera) aimed by simply tapping on enemies. The right boy is your support character, lobbing special attacks with area weapons, blocks, debuffs, and the like. He's activated by sliding your finger from the fort to the field to place a weapon. Super attacks from the left boy can clear the stage, and various power-ups will drop randomly as you kill bad guys: power, speed, coin boost, etc. The object is simple: keep the monsters from breaching your defenses, or it's curtains for the kids. 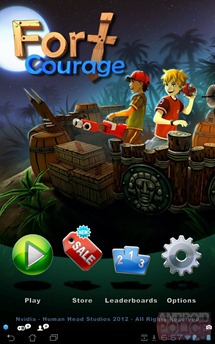 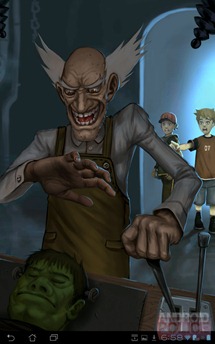 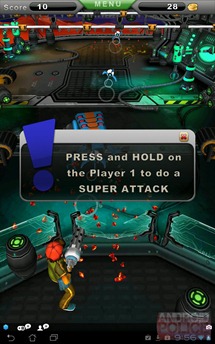 Like the best mobile games, the gameplay in Fort Courage is deceptively simple at first. The short tutorial does not reveal an admirable amount of strategy that goes into each stage. Which weapons will make the best combination of damage, reload time, and knock-back ability to defeat this particular mix of bad guys? Challenge ramps up quickly, forcing you to juggle between the two active weapons on each kid to manage cooldown time. Hardcore strategy gamers talk about "Actions Per Minute," and something similar applies here: if you can't keep as many projectiles, bombs and special attacks in the field as possible, you'll soon be overrun, especially during the lightning round on each stage.

Pay The Bills To Get The Skills

Unfortunately, Fort Courage is undeniably hampered by its free-to-play nature. Completing stages successfully earns you coins to spend on new weapons, upgrades, or skins. (So does failing a stage, by the way - just not as quickly.) The problem is that the weapons are so expensive that you'll spend the money made from 2-3 stages just to get a new one, by which time it's almost required to surmount the increased difficulty. You could upgrade your existing weapons for more damage and faster reload times, but that's even more tedious. Level two (of ten) for the starter gun costs 2000 coins to upgrade, on stages where you're lucky to get 400-500 coins. 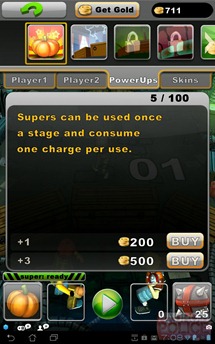 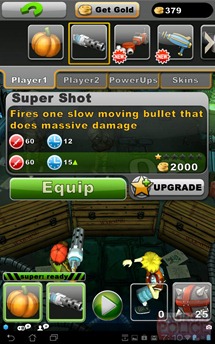 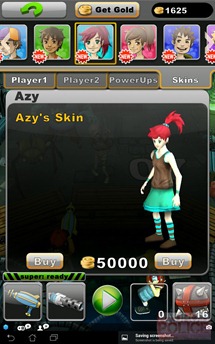 Adding to the frustration, the secondary weapons aren't unlimited like the primary ones: you'll need to reload your supply of bombs or blockers once they're depleted. On harder stages this will easily eat into your bank, forcing you to spend up to half your earnings just to make sure you've got enough ammunition to make it through the next round. The goal of the game itself quickly shifts: instead of focusing on killing monsters, you're constantly scanning the field for more coins and multipliers, and constantly wondering, "is killing these two enemies worth the ten coins that bomb is going to cost me?" In a roundabout fashion, the game quickly becomes strategic... though not in a fun way.

The only way to get past the harder stages (and by that I mean anything past the 10th stage of hundreds) is to slog your way through stages knowing that you're going to fail them, just to get a few extra coins to eventually upgrade your arsenal. Normally I'd applaud such difficulty, but in this case it's clear that it exists to drive players toward in-app purchases. Oh yes, there's an easy way to get better stuff: just shell out a few real-world dollars for coins it would take you hours of playtime to otherwise accrue. Frustratingly, Fort Courage uses the proprietary GREE payment system to reload your currency. Prepare for yet another log-in (and annoying social network pressure) if you want to use the in-app purchase system.

Fort Courage is an undeniably appealing game from a visual standpoint. The kid-friendly premise and cartoony 3D graphics are surprising coming from this developer, whose most famous property is so adult in nature. The kids themselves, the enemies, the weapons and the stages are all bright and inviting.... if a lurching Frankenstein monster surrounded by giant beetles can be described as such. The complexity of the graphics are about on par with a Nintendo DSi game. While appealing, they're not going to challenge the latest round of Android hardware. 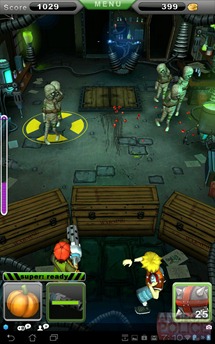 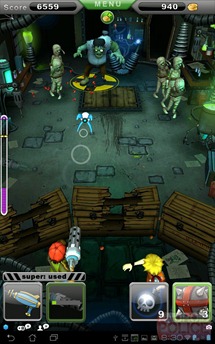 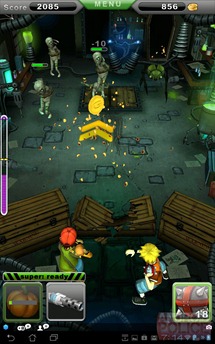 It's surprising, then, that the game is currently limited to Nvidia Tegra devices. I tried Fort Courage on a Tegra 2-powered Galaxy Tab 8.9, then a Tegra 3-powered Transformer Prime. Aside from the extra smoothness expected from the more recent hardware, there wasn't any real change in the visual complexity, which was surprising. On the other hand, Fort Courage is less than 50 megabytes, so we're not looking at the monster multi-gig productions that have become popular on the Play Store as of late.

Music is serviceable, if not spectacular. The menu system is a little jarring (especially since it uses iPhone-style on-screen back buttons), and not exactly unintuitive. The most impressive bit of polish is the still artwork used between games to create a little atmosphere, which it most certainly does.

I'd be lying if I said I didn't have fun playing Fort Courage. It's a new take on an old idea, something that's become scarce as mobile gaming inches toward maturity. But a difficulty level that's intentionally boosted to provide constant pressure to spend real-world money on a "free" game drags the experience down. 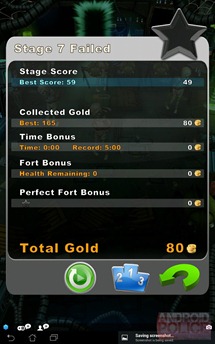 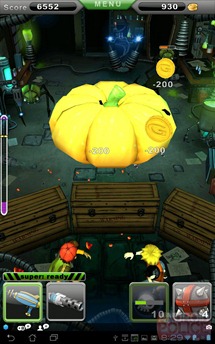 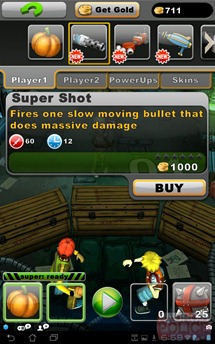 To be clear, I've got no problems paying for quality apps and games - I buy Kairosoft's stuff like it's $5 candy. But for a free game, I have a reasonable expectation to be able to get the whole experience without spending money, a la Angry Birds or Jetpack Joyride. If you want my cash, give me a complete game up-front - don't try to nickel-and-dime me to victory. And the structure of Fort Courage is, unfortunately, geared toward just that. Sure, you could beat it for free, or even collect all the in-game goodies... eventually. But doing so would require so much grinding, so many levels started (that you know you're going to fail), that the fun would quickly evaporate.

Fort Courage is a free game, and for those interested in a unique take on tower defense, it's definitely worth a look. But Tegra exclusivity and an overbearing GREE-powered in-app purchase system are real downers, to say nothing of the questionable permissions the app requires. Give it a shot, but be prepared to pony up if you want to have more than half an hour's worth of fun.