If you walk into AT&T right now to buy the HTC One X and sign a new agreement, you'll not only be overrun by people trying to get the new iPhone, but pay $100 for it. Here's a better idea: stay home, head over to Amazon Wireless, and get the same phone for just $20 (if you're opening a new AT&T account). You'll avoid the crowd, standing in line, and having to listen to some salesman tell you to buy some other phone that's not nearly as good. You know which one I'm talking about. 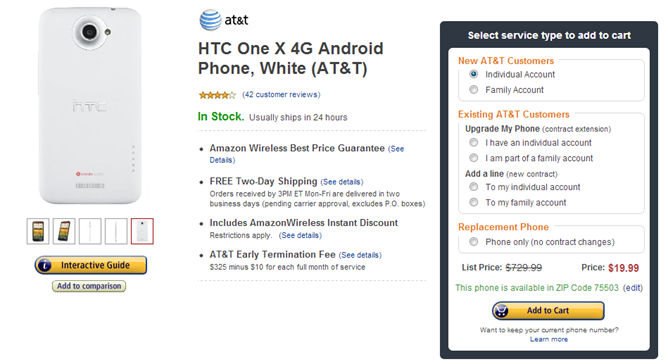 Kindle Fire HD 7-Inch Review: "Real" Tablet Or Not, This Is The Future Of Digital ...