Hello and welcome to a new feature! I'm going to start calling this "What's Really New," the series where we do more than just post a change log with the canned screenshots when something important gets updated. We're going in-depth (as usual). We'll be ripping apart APKs, doing full side-by-side comparisons, and, hopefully, letting you know about all the cool new stuff before it comes out. 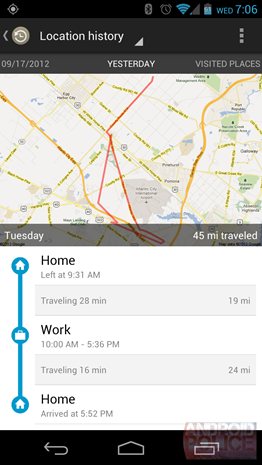 Previous experiments in this area have been a stunning success. We told you all about Google+ events before it was released,  called Gift card support in the Play Store and, while we neglected to mention it, Google Maps Timeline was also dead-on. On the left is my mockup; on the right is an actual shot from location history.

So, on to Maps 6.12, and speaking of Timeline, it's going to keep track of an addition transportation mode: Flights.

We've also got a few small changes. The Latitude icon is dead. This update will remove it from your app drawer. In my last post, the Latitude icon contributed to a few of my grievances (it's too small and work inconsistently when compared to the Maps icon), so I'm glad it's gone. In my last Maps teardown, I found some stuff linking Latitude to Google+, so hopefully it's just moving over there.

You probably recognize the button on the left as the "my location" button (btn_myl_normal.png), but the little guy on the right is new. He's called "btn_myl_disabled.png," and is greyed out. I have no idea why you'd want to disable the location button, but Maps can now.

Here are the old and new versions of "directions_map_pins.png." They changed from a play button and checkered flag to "A" and "B" pins. The A/B pins look much better. These are actually live. Check out this Maps 6.11 vs. 6.12 comparison. 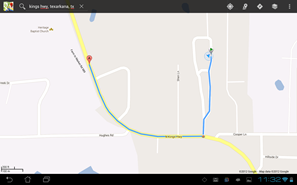 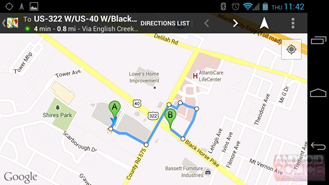 Different markers! This is great. The old markers were one of the really ugly bits of Maps that looked like they were from Android 1.0. (Ignore the other changes; they're just the usual phone vs. tablet stuff.)

It's extremely interesting that these are now "A" and "B" markers instead of "Start" and "End." Could multi-destination directions be in our future? I'll let you know if a Green "C" marker pops up.

The biggest new thing hidden is Maps is a pretty simple file, but it carries with it a lot of possibilities:

A 3D button! The minimally named "btn_3d.png" snuck in with this update. Immediately, I am reminded of similar looking buttons in Google Maps:

They are all named with the same style, too: btn_something - it looks like we've got a match. The problem with the 3D button is that it's just so plain. The text is off center, and the rest of the button is an empty void. It kind of looks like a corner tag you would stick on top of something else.

It turns out this image file was accompanied by another file, called "btn_compass_3d.xml." Now we're getting somewhere. The compass button is the star-shaped thing in the top-right corner of Maps (numbers two and three in the lineup, above). The 3D button must be an overlay for them. The first one is a top down view, and second one is for a tilted view, a lot like the perspective you get in Navigation. It would make sense, then, for the "3D" to go on the tiled icon. That would probably look like this: 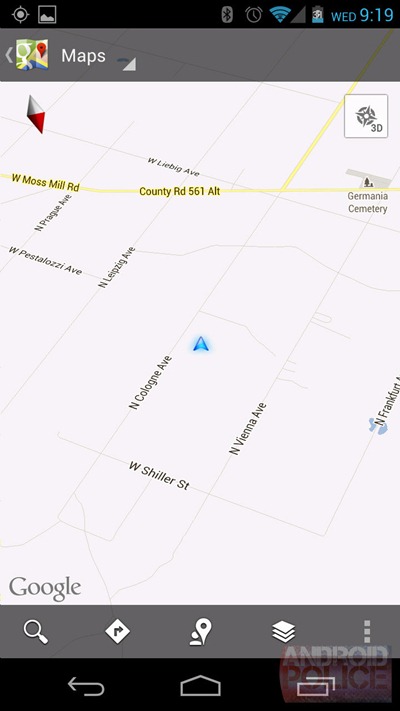 Don't get too excited, this is a mockup.

It all works so perfectly. The 3D button is the same size as the compass button, and the 3D doesn't overlap any part of the compass. This is right. 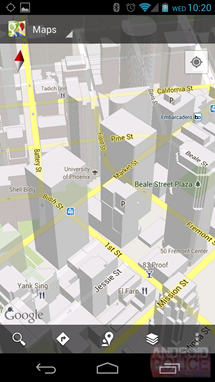 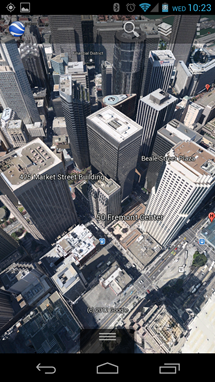 You may be confused about what "3D" actually means. Google Maps already has untextured 3D buildings, but recently Google has referred to the latest Google Earth update as "3D Imagery." That's what I think will happen here. We will finally get all the cool, textured Google Earth buildings in Google Maps. I'll keep you posted the next time Maps gets updated, but don't hold your breath on this one, it could be a while. 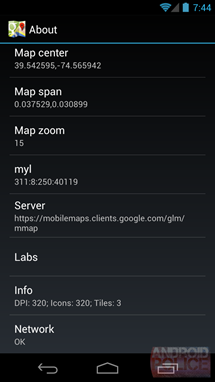 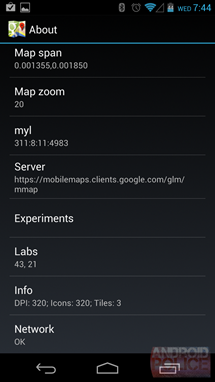 On the left is Google Maps 6.11, and on the right is Maps 6.12. See the new thing? Experiments! Notice how "Experiments" is totally separate from "Labs," the normal Google Maps test bed. You can tap on it, and it will light up, but nothing will happen. That's ok though, it doesn't mean it's broken. Labs functions the same way. This is the "About" screen; these items aren't supposed to do anything. They are showing the status of Labs and Experiments. Let me show you how they work: 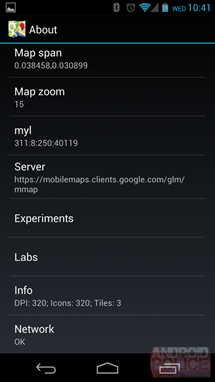 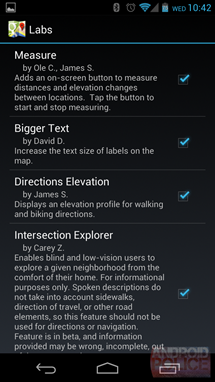 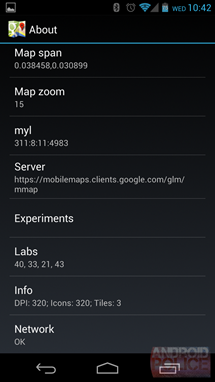 We're focusing on the Labs entry here, because we have a UI for that. On the left is what the Labs entry looks like when you don't have any of the Labs stuff on. However, go to settings, tick some checkboxes, and suddenly Labs looks like it does on the right. A mysterious number for each enabled setting. This screen is basically a settings output. There's no UI for Experiments, but there is a status output for them, which makes me think there is something, somewhere you could change and enable some experiments.

Wouldn't it be really cool if these two things, Experiments and the 3D button, were related? If somewhere, deep within the depths of the Maps APK, you could flip a switch and turn on "Google Earth Mode" with more complex geometry and fully textured buildings? Nah, that's crazy talk. Still, someone over at XDA or RootzWiki might want to take a look...

AskPatents Is A Crowd Sourcing Forum That Puts Armchair Patent Analysts To Work In The Fight ...

The LG Venice (AKA The Optimus L7) With First-gen Snapdragon Leaked For Boost Mobile, Exactly ...