Remember a few months ago when LG showed off its new Optimus L series, with three new Android-powered smartphones across several price points? Yeah, neither do we. But in any case, the biggest and relatively baddest of those phones will be available on Sprint subsidiary Boost Mobile sometime in the near future, under the new alias of the LG Venice. EV Leaks got a hold of an official photo of the device - we've only got their word that it's coming to Boost, but they're usually spot-on with this sort of thing. 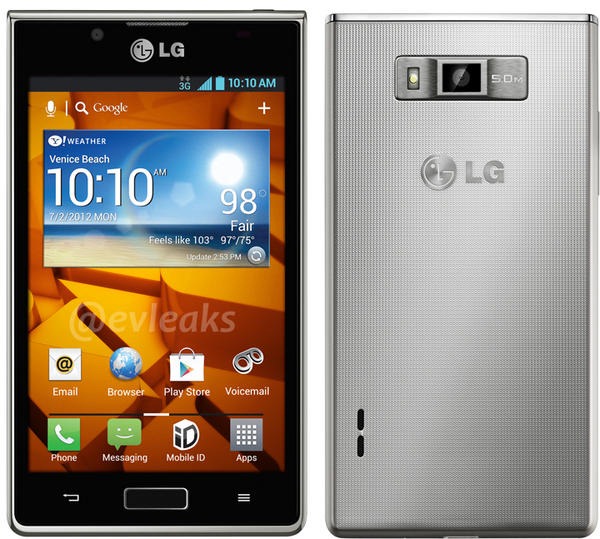 The L7 was announced with a 4.3-inch, 480x800 IPS display, a 1Ghz Snapdragon S1 (yes, S1) processor, 4GB of storage plus MicroSD card expansion, standard 3G and Ice Cream Sandwich. There's no reason to believe that these middle-of-the-road specs will change with a release on an American budget carrier. Try to contain your boundless excitement, guys. (To be fair, the specs aren't terrible for Boost's current lineup.) Of course, the L-series was promoted as the phone for the fashion-conscious consumer... we'll let you be the judge.

The various reviews of the international version claim that the performance is pretty poor, and with a 1Ghz single-core processor running Android 4.0, I can't say I'm surprised. As much as it pains me, I kind of wish this thing was running Gingerbread. The fashion angle - subjective at best - might be the only thing the Venice has going for it. There's no word on when the LG Venice will appear on Boost (or any other stateside carrier), or for how much.

Ubisoft's Rayman Jungle Run Is Delayed By A Week, Will Arrive On The Play Store September 27th