I know, you were really hoping for that extra special upgrade that Zuckerberg has been teasing ever since he admitted that HTML5 was a mistake. This should be a nice little improvement, though. Now, no matter which app you do your Facebook messaging from, whether it's messaging in Facebook, or via Facebook Messenger (confused yet?), you'll be able to see which of your friends is online, whether they're mobile, and even pin select friends that you talk to most to the top of the list. 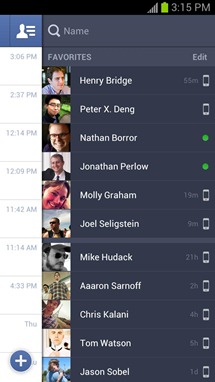 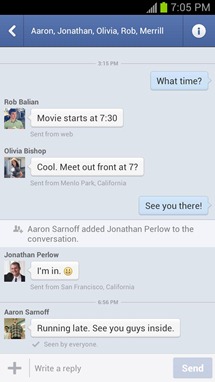 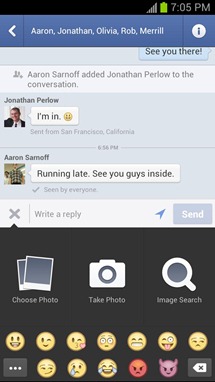 There is also a new, somewhat familiar look to the threads themselves. Additionally, you can "try texting with Messenger" which is a feature that is only available on some phones it seems. It's a little unclear on how to accomplish this. Also among the weird quirks is that now, in the Messenger application, you can swipe to the left to reveal the users list. However, this same action from the Messages section in the Facebook app will not work, despite having virtually the same UI in every other way. We'd suggest Ron should take a crack at Facebook next, but we're not sure there's enough space on the internet for what he'd find.

Still, it's a mildly nicer Messaging experience than we've had before. Hopefully this will keep us satisfied until this mythical new Android app finally appears.

Ubisoft's Rayman Jungle Run Is Delayed By A Week, Will Arrive On The Play Store September 27th