Engadget has "reason to believe [this] is an authentic press image of the finished result," but we're always skeptical of leaked press shots, and after putting the image under a magnifying glass, we're not so sure. Without further ado, here's the image in question: 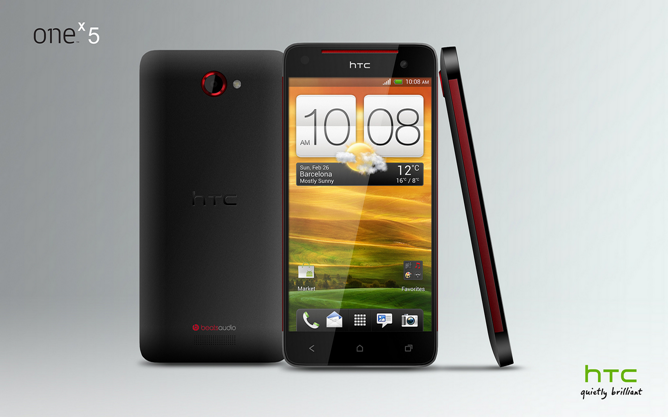 Comparing this image to the blurry cam photos we saw before, the shot looks pretty accurate. 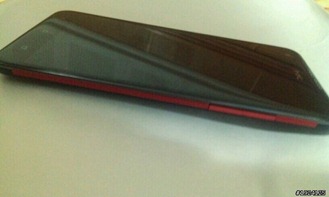 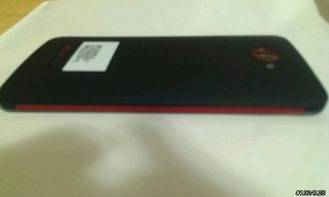 The camera, front grill and button layout, and inexplicable red side-stripes are all there. The first hint that this may not be entirely legitimate, though (besides the questionably miniscule bezel), is that the screen is a direct lift from the original One X's press renders: 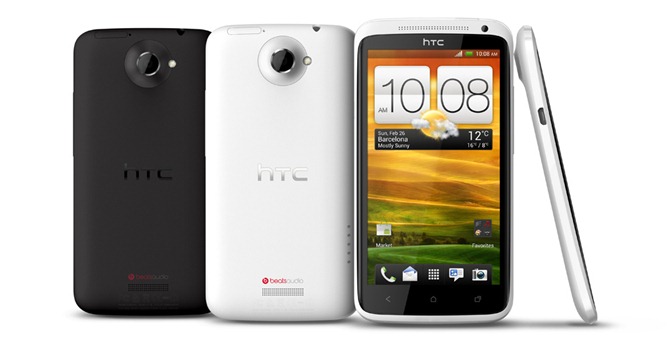 At first glance, this doesn't seem too surprising – we know that HTC purposely uses 10:08 for every clock in every press shot, but the widget's location still says Barcelona, 12 degrees Celsius, and February 26th. If that's not enough, check out the home screen's icons:

You may remember the Android Market got rebranded as Google Play just over six months ago. The final clue is the back side of the device. The photos we saw before indicate that the camera will likely look similar to the one pictured, but in the render, it seems to be a bit smaller, and (judging by the light reflection on the lens cover) perhaps lifted from the One S' press shots and treated to some colorization: 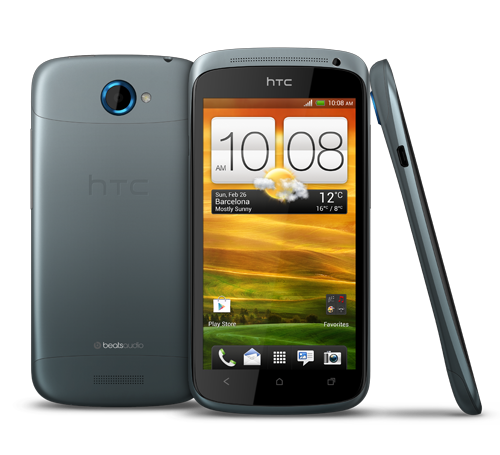 Besides that, the back simply consists of a contoured rectangle similar to the leaked photos, with gradients that are pretty easily achievable with a few minutes and a copy of Photoshop.

Overall, this is definitely an intriguing render depicting a more intriguing device, but it's not entirely likely that we're looking at an official shot of HTC's yet-unnamed super phone.

UPDATE: Turns out the image is indeed unofficial – it's a concept render by Flickr user Dannix. You can see the original here.

Amazon Kindle Fire HD 7 Already Rooted, Here's How To Do It

Editorial: What Has Alibaba's Aliyun Shown Us About Google's Assertion Of Control Over Android?