We already know that the Galaxy Note II will be making its way to Big Red eventually, and we assumed it would look identical to the international version. And it basically does, according to some leaked images that showed up today. Only, it has Verizon branding in places that no phone should ever have carrier branding of any kind: on the home button. I really hope this is a test design. 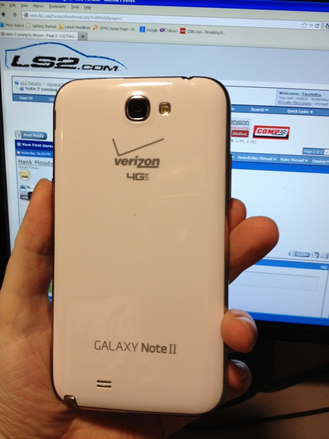 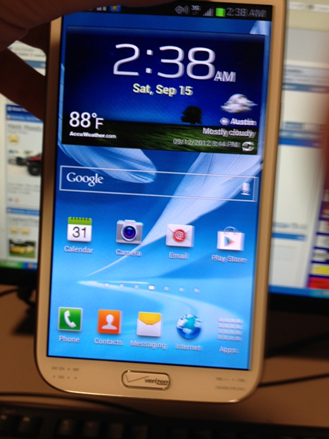 It's not that anyone should be ashamed that they're on Verizon, but, personally, I think the huge "Verizon 4G LTE" logo on the back is sufficient branding. Clearly, the folks at Big Red do not share my sentiments.

Other than the branded home button, this device is virtually identical to the international variant. We assume that the other carriers will follow a similar suit. Hopefully they won't brand the home button, though.

I'd love to hear some opinions in the comments - if this is indeed the final design, is the branding on the home button a huge turn off to you? Or is it no big deal?