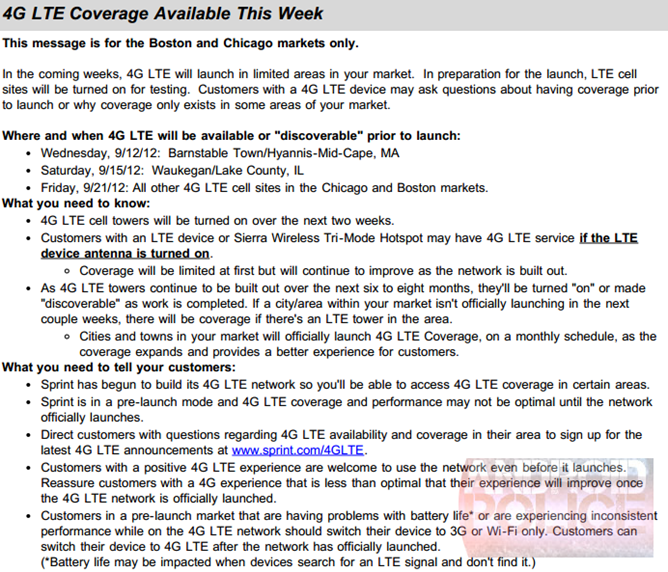 While Sprint isn't ready to call it "launch" time, it's telling employees that they should be informing customers that 4G coverage is being rolled out, and is accessible in "certain areas," but that the experience may not be "optimal." This basically lines up with a press release Sprint sent out earlier this week, which stated that LTE may be available in some regions before an official launch, and that customers are "free to use it" (read: don't complain if it sucks).

Interestingly, this document also seems to indicate Sprint plans to have its 4G build-out finished, at least in these areas, in the next six to eight months (maybe this is what Sprint meant by "the coming months" in its earlier announcement).

It's good to see Sprint is steadily moving along with its LTE rollout plans, and I'm sure there'll be some happy Sprint customers in the Boston and Chicago areas in the coming days.