Notice something new on the Play Store today? Google just added another featured area that should provide just a little more discoverability for apps with slightly narrower audiences, in the form of the "Apps Focus" section.

The first Apps Focus topic? Fashion and Style - bringing together a collection of some of the best apps for the chic-minded. While I can't say this one's up my alley in particular (seriously, what do I know about fashion?), I'm definitely interested in seeing where Google takes the Apps Focus feature in the future. 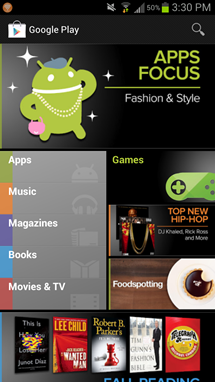 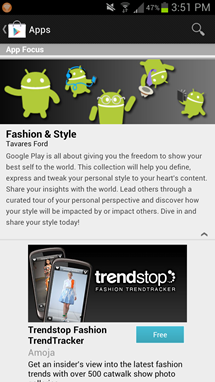 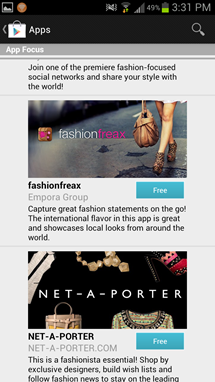 I've long lamented the state of app discoverability on Android, especially when it comes to stuff literally hundreds of thousands of people haven't downloaded already. The Play Store remains inundated with many apps of debatable value, and curation obviously isn't an option with the open model - so it takes more than a little patience to find good, new apps, especially ones that appeal to a more niche audience.

There doesn't appear to be any associated Play Store update with this new feature, just open the app up on your device and it should appear on the front page.