The DROID RAZR M just landed on Verizon yesterday for $99. A little while later, it dropped to $80 on Wirefly. Now, you can get both the white and black versions from Amazon Wireless for just $50 with a new two-year agreement (proof that you should never order anything directly from the carrier, especially on launch day). If you're already a Verizon customer, you can still get this solid mid-ranger for $70, which is $10 cheaper than anywhere else. 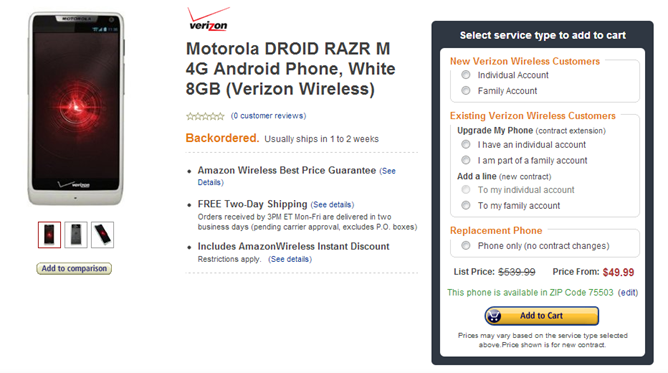 If you're on the fence about this device, I suggest taking a look at Ron's review. He actually likes it, especially given the $99 price tag. Thus, for half of that, it's even better. Hit the respective link below to buy.