Things were good back in '89. Madonna's Like a Prayer was the song of the year, Michael Keaton took Batman to a whole new level, and Price of Persia was the the gamers' game. Hard to believe that was 23 years ago.

While Madonna has seemingly fallen of the face of the earth over the past few years, Batman received new life with Christopher Nolan's The Dark Knight trilogy, and, now, Ubisoft has resurrected Prince of Persia for mobile devices. And they made it better.

Jake? Is that you?

It's basically the same game that many of you probably remember from your childhood, but Ubisoft has refreshed the graphics to be more cutting edge. Aside from the throwback gameplay, it also offers a few different game modes: Normal, where you'll learn the basics and get used to playing the game; Time Attack, where you race against the sands of time and must complete the game in one hour or less; and Survival mode, where you have less than an hour to beat the game without dying.

Good luck with that.

PoP will set you back three bucks - hit the widget to relive the glory days. 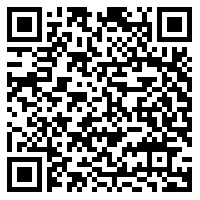 Motorola Droid RAZR M Launches On Verizon Wireless Today, Get It For $99 With A Two-Year Agreement