KizStudios released a nice little adventure game called Critter Escape to the Amazon Appstore a while back, but it has now arrived in Google Play. In Critter Escape, you pretty much do what the title says. You're a critter of some sort, and you have to escape from a diabolical animal research facility. On the upside, some of the experiments offer helpful powers that improve your chances of escape.

There are two control schemes: a virtual thumbstick (which is bad) and a tap and drag system (which is good). There are over 120 levels in Critter Escape, each one filled with guards, barriers, and other hazards. Some levels take longer than others, but you have to keep your wits about you to avoid detection. You will run into various power ups along the way that trigger your mutations, which are often amusing.

The game is a top-down affair, and it looks good. Performance is smooth on the Nexus 7, and the environments are fun. Critter Escape is free to play, but it has ads. There is an in-app purchase system (yes, I know) that sells crystals which you can use to beef up your critter. These crystals are also picked up throughout the levels. Making one purchase of any amount will clear the ads. 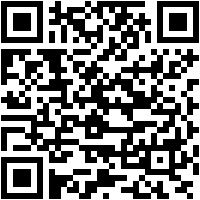