I make no bones of the fact that I find 3rd party voice assistants to be increasingly redundant, especially with the arrival of Google Now on Jelly Bean.

But Google Now doesn't do certain things. One of those things has annoyed me since the early days of Google's Voice Actions: you can't make calendar events through voice input. And as a person that absolute despises digital calendars, this is something of a "must have" feature. Creating a calendar event in an app, to me, is like having a root canal - in that I wish I could be unconscious for the entire experience.

Enter Maluuba. Maluuba, as you might guess, does let you make calendar events (it integrates with your Google account the proper way, no password entry required). It also does a lot of other stuff. Let me give you a brief list:

Yeah, it sounds a lot like a certain other personal assistant out there, but Maluuba definitely looks like it's going places. The event creation, for example, is such a huge thing for me. It actually works, too (mostly): 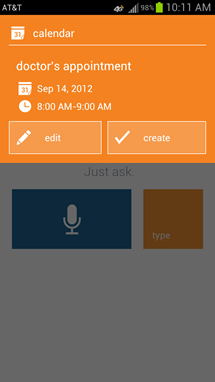 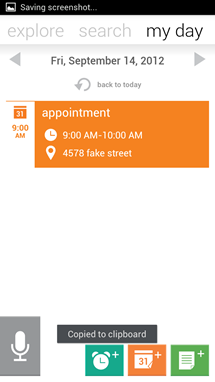 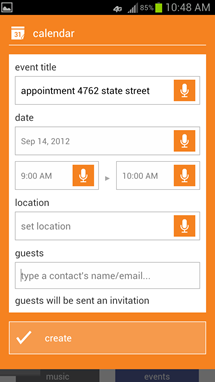 Maluuba isn't quite as genius as my screenshots may let on, though. If you switch up the order of the data you input, it gets confused (see third screenshot). For example, when creating an event, if I say "I have an appointment tomorrow at 4762 Fake Street at 9AM," Maluuba will either put the address in the event title (as above, and hear "state" instead of "fake"), or provide a time that in some way corresponds to the street number. The proper input format is event title, time, and location (as ordered in the entry fields in the app). Still, once you have the format down, that isn't a big deal. It'd just be nice if the app made that obvious in some way.

Finding restaurants works well, and I love that it's integrated with Yelp. WolframAlpha answers are, as usual, great when they work, useless when they don't. The social sharing features are pretty easy (you do have to sign in first), and the directions work OK, except for the fact that Maluuba doesn't distinguish between directions and navigation (either will send you to Google Maps directions). 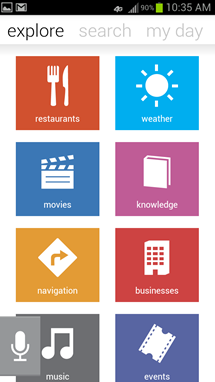 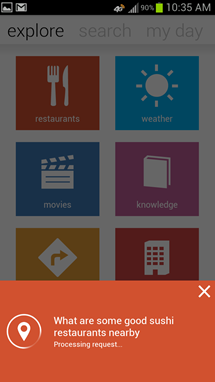 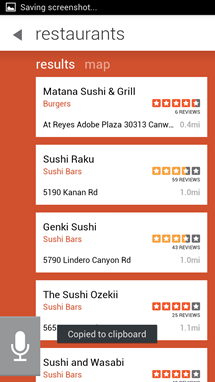 There are other drawbacks, as well. It looks like a Windows Phone app - and in a not subtle at all sort of way (the icon looks like the Zune logo for god's sake). It even has that weird skewing of things slightly to the right (that's what she said), which results in less data on the screen when results are showing. That seems... unnecessary.

Also, there's no widget. Which, for me, will present an absolute barrier to regular use of this app until one is implemented. I really, really want an app I can rely on for making voice reminders, calendar events, and timers. But I can't fathom having to do so without a widget. I'm sure Maluuba will get one, but until then, it's going to be a novelty for me more than a tool.

Anyway, you can grab it on the Play Store now, and it's definitely worth taking a look at.