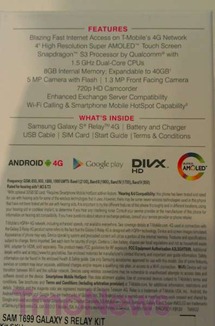 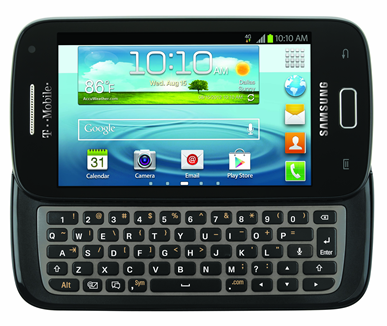 Samsung has officially stated to us that the Relay 4G has a Snapdragon S4 processor - for sure. The packaging is incorrectly labeled, and as has been stated over at TmoNews, will be corrected. Presumably, it's the MSM8260A, though we can't confirm that specifically.

A lot of fuss over a mid-range QWERTY slider, right? The Galaxy S Relay 4G will be available on September 19th, for $150 with a two-year agreement.