We've got another budget smartphone on the way for you, folks. US Cellular is now picking up the LG Splendor, a mid-range Android phone with a 4.3" display, 5 megapixel camera, and a 1GHz processor, yet 2GB of RAM, which is rather insane for a phone this far from the mainstream. We're also told the phone will come with a 4GB memory card included. The storage is expandable, but it sounds like there is no significant embedded storage without the included card. Hope you brought a spare. 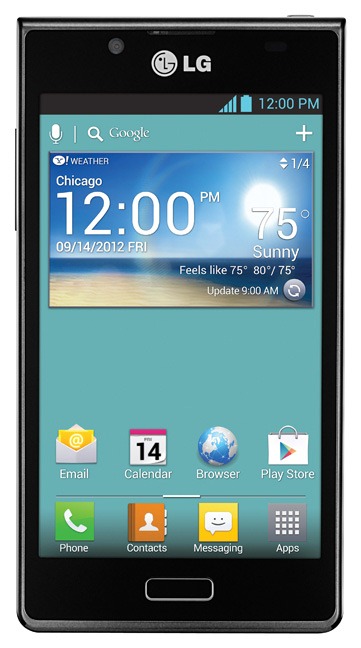 There are also a few extra features LG has added. Including, and I swear I'm not making this up, "Cheese Shutter." This feature will allow users to take a picture simply by saying "cheese." It may sound silly, but on phones without dedicate camera buttons, spoken commands could be helpful. If it works. The phone will also support DLNA media sharing, and an odd QuickMemo feature that allows for annotating screenshots in a very Note-like way, only sans stylus.

For $79 with a contract and after a mail-in rebate, it does seem a little hard to stomach as a "good deal," but it doesn't look like a terrible phone. If you've already decided on US Cellular, and hate pressing camera buttons, it might be worth a look.