About a week ago, I reviewed the Diamond Multimedia AMP1000 set-top box. Throughout the review, my one major complaint with the device was that the Android 2.3 interface is nothing short of terrible on a large display. The ray of shining light through it all, though, was the fact that Diamond promised an Android 4.0 update was coming soon.

I have to be honest here: I expected it to be weeks - or even months - before the ICS update was ready to go. But here we are, one short week later, and the update is now available for download. Color me impressed. 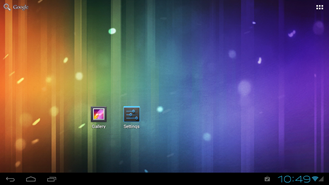 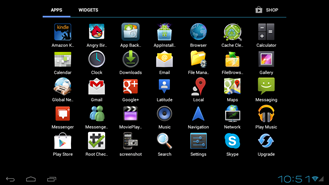 So how is it? For starters, it's definitely prettier and far easier to navigate. On the other hand, performance took a definite hit. Where the unit was buttery smooth whilst running Gingerbread, it's tangibly more sluggish and choppy on Ice Cream Sandwich. That doesn't make the unit unusable by any means, but if you own this device and plan on updating, be ready to experience some lag.

Update: As Brad from Liliputing kindly pointed out in the comments, Netflix is having some issues after the update. And by "issues," I mean it's not working at all. I gave it a shot on my unit as well and confirmed: it does nothing. Won't even make it to the loading screen. Thus, if you've been streaming Netflix with the AMP, you may want hold off on pulling this update.

Update x2: Diamond just released a patched version of the Netflix apk that should fix the crashing issue. You can grab that download here.

It's also worth noting that the update wipes all data, including apps and settings, so you'll have to start over from scratch. But, considering the device is rooted out of the box, you could always just perform a Titanium Backup and then restore everything after the update (yes, the box is still rooted with ICS). 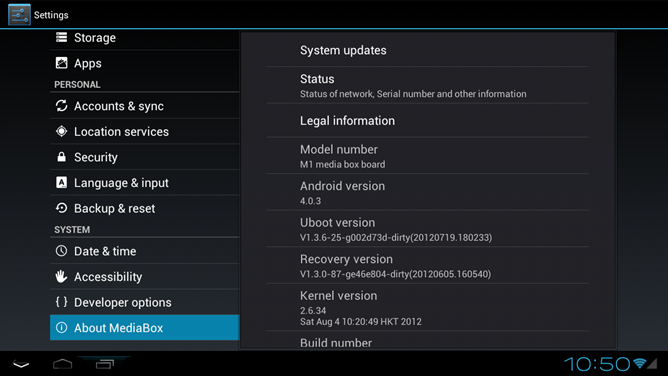 The installation process is quite easy, though it does have to be done manually. You'll need an SD card to make it happen, but past that, installation's just a few clicks away.

Once you have the above file downloaded, drop it onto the root of the SD card and put the card into the AMP. Navigate into Settings > Privacy > System Update > Update Now. After a couple of "you're going to lose everything!" disclaimers, the unit will automatically reboot and begin the installation process. It should be done in about five or ten minutes.

That's pretty much it - once it reboots, enjoy your new ICS-powered set-top box. I haven't had a lot of time to play with the update yet, but feel free to drop any questions or general curiosities below and I'll do my best to answer.