Do you like phones that look like they've been through a taffy puller? Then the LG Intuition (aka Optimus Vu) may be the phablet for you. The Intuition for Verizon was announced last week, and is available officially starting today, though Wirefly has (as usual) managed to offer it at a slightly more reasonable price: just $150 on contract (new agreement or upgrade). That's $50 less than Verizon is selling it for, so there's no denying it's a deal. 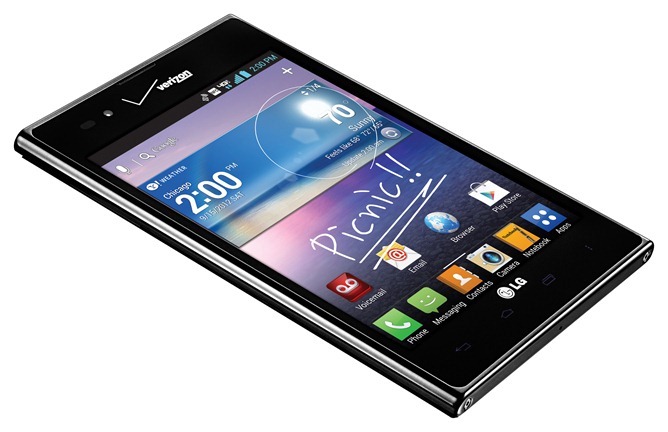 There is denying, though, that you might actually, you know, want this phone. I suppose the one thing you could say about the Intution is that it's definitely a, uh, conversation starter. Packing a 1.5GHz Snapdragon S4 dual-core processor, Android 4.0, LTE, and its now-infamous 4:3 ratio 5" display, it's definitely respectable (if not mind-blowing) on paper. And hey, it comes with a stylus! So there's that.

Just expect some looks every time you use it in public.