In a tweet earlier this evening, the recently resurrected evleaks Twitter account revealed what may be a variant of ZTE's Intel-powered Grand X IN phone which we saw at IFA 2012 headed for Boost Mobile.

It's definitely worth noting, though, that this ZTE Grand X IN (if that is what we're looking at) is a tad different from the original. Most notably, it appears to be running vanilla Android 4.0 rather than ZTE's own custom overlay. This isn't too surprising given that the device's predecessor, the ZTE Warp, ran a vanilla build of Android 2.3 Gingerbread.

The rumored device also features a slightly modified chassis, a different button layout, a front-facing camera that's placed just a tad differently, a 5MP rear shooter (rather than 8MP), and a 1.4GHz processor (rather than 1.6). Take a look at evleaks' leaked device next to ZTE's Grand X IN image from IFA: 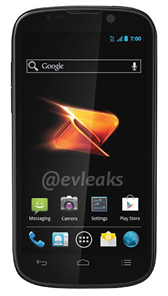 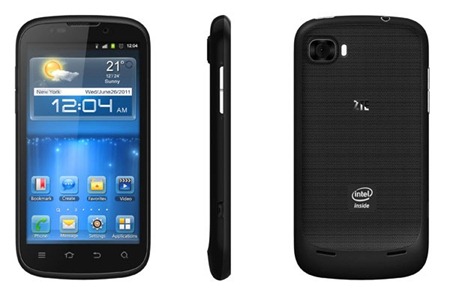 Whatever this device is, evleaks indicates that it will be available starting September 17th for just $200 from Boost Mobile. Of course we'll keep you updated as more information becomes available.