Of course, with a new "top app" monthly roundup comes a rundown of our top games from the previous month. August saw a lot of entries into the Game section of Google's Play Store, but we've sorted through them all to bring you the six absolute best entries from last month.

Our selection covers a broad range of genres, and users looking to entertain themselves with their mobile devices can't go wrong with any of the choices. Without further ado, let's dive in to the six best games from August 2012.

Jetpack Joyride, another one of Halfbrick Studios' smash hit games, finally found its way to Android last month, satisfying the intense anticipation of fans and delivering what Jeremiah calls "everything a mobile game should be, plus robot dragons."

The game, which follows the jetpack-stealing, coin-grabbing exploits of the square-jawed Barry Steakfries, has a simple underlying dynamic: stay alive as long as you can, and get as many coins as possible along the way. The game goes much deeper than that however, offering a seemingly endless array of powerups, upgrades, vehicles, and alternate jetpacks, along with infinite replay value thanks to a long long list of missions and challenges. Its 16-bit, nostalgic art style also sets it apart from the crowd, providing a totally cohesive, totally satisfying game experience.

Whether you've been patiently awaiting Jetpack Joyride's arrival on Android, or you've never heard of it before, go get it now. It's only available from the Amazon App Store for the time being, but it's well worth the download.

Horn is an action-packed 3rd person adventure game surprisingly released by Zynga, the purveyors of games like Words With Friends and Draw Something. As Ryan noted in his review last month, the game looks great and provides a pretty amazing gameplay experience.

The game follows the story of Horn, a blacksmith's apprentice who is the only human to have woken from a thousand-year sleep to face the demonic Pygons that have taken over the earth and essentially destroyed civilization's creations. As Horn, you must battle enormous monsters while maneuvering through huge, sweeping landscapes, and ultimately undo the Pygon's curse.

The game is optimized for (and beautiful on) Tegra 2 and Tegra 3 devices and localized in French, Italian, German, Spanish, Korean, and Simplified Chinese, and while it will cost you $6.99 from the Play Store, it's worth every penny to a user seeking action, beauty, and a well-crafted gameplay experience. 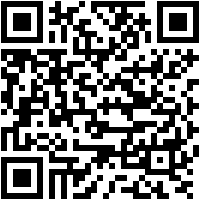 Organ Trail Director's Cut, which came to Android last month thanks to The Men Who Wear Many Hats, is not only nostalgic, it's actually fun and well-made.

The game, as you may expect, offers the same zombie/dysentery/westward journey combo as its original web experience, with "delicious Apple 2 pixel art," "retro beeps and boops," and various old timey diseases to contract while attempting to survive the zombie-strewn frontier. Throughout the game, players will be forced to make tough calls – putting down party members at risk of turning, managing food, ammo, and medical supplies, keeping the station wagon running, and taking jobs.

The game runs $2.99 in the Play Store and it's worth every penny for fans of nostalgic graphics and simple yet hugely entertaining gameplay. 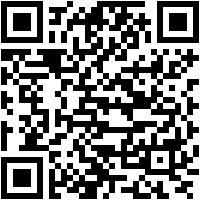 Spirits, a game that was featured in the third Humble Bundle and which moved Eric to write a haiku, hit Android just last month. There's no question – Spirits is one of the most beautiful games I've ever seen on Android. It has a charming, whimsical art style, an exceedingly simple premise, and gameplay that's challenging enough to be fun, but still more relaxing than frustrating.

In the game, players control lemming-like spirits, each capable of different functions from turning into a puffing wind cloud to growing into a vine to tunneling through rock. Your goal is to get as many spirits as possible into each level's portal while collecting special flowers. Though the gameplay may be decidedly reminiscent of Lemmings, Spirits provides one of the most unique experiences we've yet encountered.

If you're not already convinced, just go buy Spirits and give it a try. It's on sale right now, so there's no reason not to pick it up. You won't be sorry. Blood & Glory Legend combines an impressive art style and graphic appearance with Soul Calibur-ish fighting in a variety of sweeping locales for a successful sequel to the original. Interestingly, the game is advanced by way of comic-style cut scenes, adding to the game's unique dynamic. Players will battle new enemies in new arenas, utilize special combos and attacks, and have the option of upgrading their weapons or appearance through in-game purchases (the game is free to play).

If you're a fan of great graphics, action-packed one-on-one fighting, impressive landscapes, or all of the above, Blood & Glory: Legend is definitely worth checking out. Just hit the widget below. 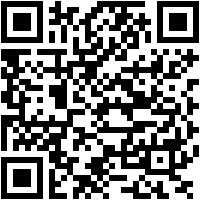 If you're looking for something fun for your mobile device, any of the selections above are sure to please. Of course, we'll be back again next month with another short list of September's best games and apps. In the meantime, keep an eye out for our other roundups.