It's once again time to take a look at our top picks for best app from last month. August saw the introduction of a ton of worthy apps, but in the interest of saving readers from hours of reading, searching, and downloading, we've pared down last month's entries into a six-item shortlist. In this post, we'll briefly discuss the six best apps from August 2012 – six apps any user looking to get even more out of their device would be well advised to check out.

You may remember our coverage of the Play Store's new "Recommended for You" functionality several days ago. While the solution is certainly handy, Mapsaurus took the concept of app discovery to an entirely different plane, introducing the self-titled app Mapsaurus Beta to the Play Store in August.

Mapsaurus essentially provides an interactive app discovery web, whereby users can explore apps they may have never noticed otherwise, with suggestions based on apps they already have installed, specific functionalities, categories, or genres.

What's better, the app allows you to see all the information present in apps' Play Store listings, and provides a handy "install" link to the Play Store to grab the app. Though Mapsaurus is still in Beta, it works just as well as you'd hope, and has a ton of potential. Even if you're not interested in amazingly easy app discovery on your mobile device, Mapsaurus has a web solution as well.

Cloud storage and its various applications seem to be the future of document management. Recognizing the importance of a mobile connection to your cloud-based file catalog, Microsoft released an official SkyDrive app for Android last month. SkyDrive, for those who don't know, is Microsoft's answer to cloud storage and file collaboration, aiming to help users do everything offered by other cloud solutions in one convenient place.

Though I'm an avid Google Drive user, I must admit that SkyDrive's solution has some functional and experience-related advantages over Drive, and its interface – reminiscent of Windows' new Metro aesthetic – jives well with Android's conservative design language.

Users can, as expected, open and edit various files contained in their SkyDrive, view recently used documents, share files, and even open SkyDrive files in other Android apps. 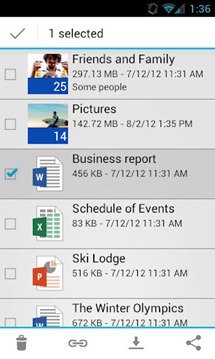 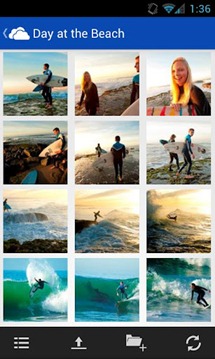 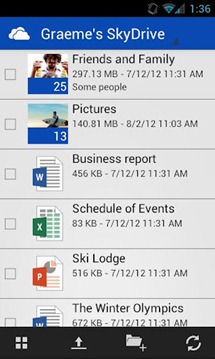 If you're looking for an elegant, functional alternative to other cloud services but want to keep all the functionality you've come to love, SkyDrive is a good option. Plus, the Android client is free from the Play Store.

Pinterest. What more needs to be said? The website that took the old concept of social bookmarking and made it new (and wildly popular) again now has an official Android app. This is perhaps one of the most anticipated apps to ever come to Android (ranking with Instagram and Temple Run), and it does not disappoint. Cameron called it a "perfectly designed" app, and I find it hard to disagree with him. 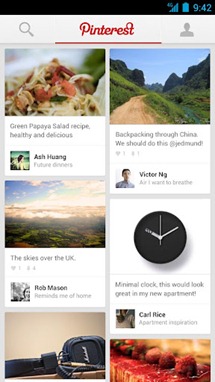 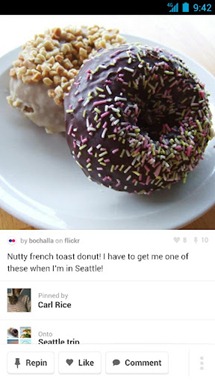 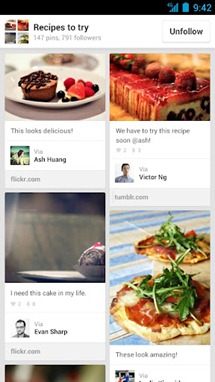 If you're not familiar with Pinterest, it's worth looking into. The site, and its associated app, are fantastic for discovery of ideas related to food, décor, design, crafts, and cat pictures. Users can pin, re-pin, share, and add comments to content that strikes their fancy, as well as finding new categories and users to keep track of. Even if you've never used Pinterest, grab the app and check it out. You (probably) won't be sorry.

Looking to make use of one of your dusty old no-longer-in-use Android devices, Ice Cold Apps released Servers Ultimate to the Play Store last month. As the name may suggest, Servers Ultimate allows your device to have the functionality of a palm-sized server. The app allows your device to run a DLNA, DNS, DDNS, Email, FTP, Proxy, SMS, Time, Web or WebDAV server with a ton of functionality, including automatic connect/disconnect depending on which Wi-Fi network your device is connected to, Wi-Fi lock to keep your device awake, the option to save server data to SD, view IP addresses, automatically clear and email logs, and tons more. 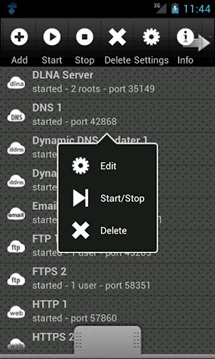 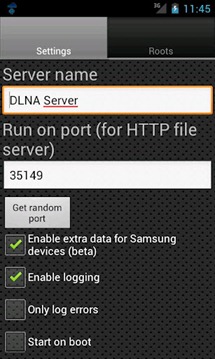 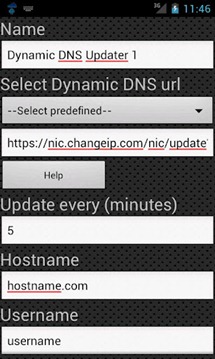 While the app's interface isn't stellar, the functionality it promises is, especially if you've got an old, forgotten device lying around begging to be put to good use. 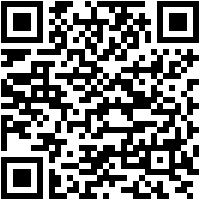 Koushik Dutta, the mind behind ClockworkMod, ROM Manager, and DeskSMS, came back with a new creation last month – TabletSMS. True to the genius of other apps under the CWM name, TabletSMS is an awesomely convenient tool which allows users to send and receive SMS messages from their Android tablet using their regular phone number. The app, which is actually an extension of DeskSMS, requires the latter to be running on your phone, but setup is an absolute breeze after that. What's more, the app has a well-crafted, dynamic interface that actually provides more functionality when rotated to landscape mode. 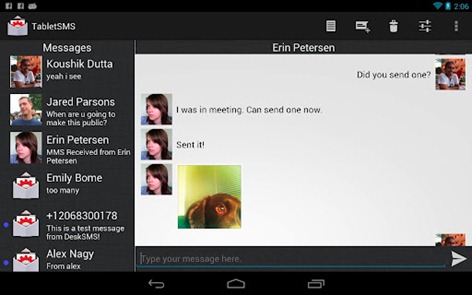 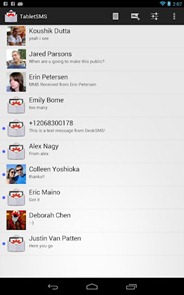 If you own an Android tablet and love to text, but can't stand interrupting your tablet experience to look at a smaller screen, TabletSMS is for you. Hit the widget below to grab the download.

Finally, we have Falcon for Twitter. What makes Falcon interesting is that it isn't an app per se, just a widget that makes all the functionality of an app readily available on your home screen. As the name suggests, Falcon is a Twitter client. In a sea of other worthy Twitter clients, Falcon's appealing UI, widget, and impressive functionality set it apart. 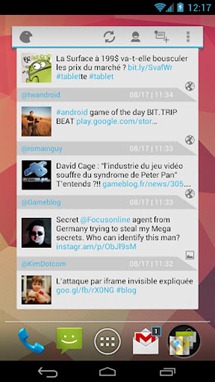 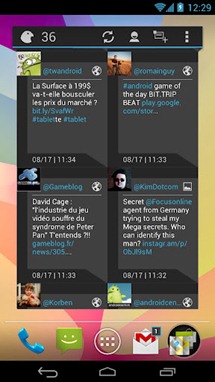 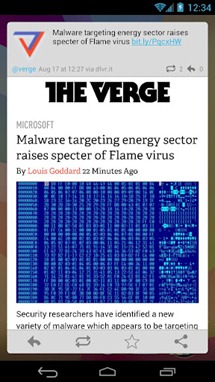 Despite its Beta status, Falcon seems to work almost flawlessly, and is definitely worth a shot for the habitual tweeter.

August no doubt offered a ton of great apps with functionality ranging from social networking to communication, collaboration, discovery, and more. If you're looking for a few awesome new apps, you can't go wrong with any of the selections above.