Photoshop Touch may be a long way from coming anywhere near the capabilities of its desktop alternative, but Adobe is closing the gap bit by bit. The 1.3 update issued today adds a handful of new features, the most important of which is support for images up to 12 megapixels in density. Even that won't be enough to keep up with current mid-range DSLRs, but it should let designers play with the photos taken from any Android tablets in the near future. Unfortunately, the $9.99 app is still exclusively formatted for and restricted to tablets - something that Galaxy Note owners are surely a little miffed at. 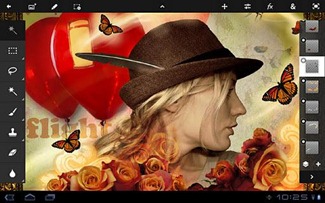 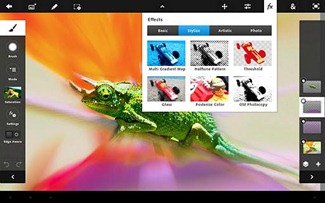 Other improvements beyond basic bug fixes and performance enhancements are focused on the touch interface. A toggle gesture that switches between a pixel-perfect view and a zoomed mode is complemented by "pixel nudging mode", a precision tool somewhat akin to the Pixel Grid on the desktop version. Adobe has also added Shred and Colorize effects, as well as Russian, Brazilian and Portuguese language options. All in all it's not enough to convince new buyers to pick up the expensive app, but the extra options should make current users happy.